Legal expert weighs in on arrests in hospitals 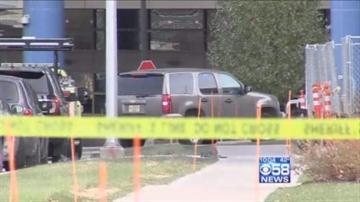 MILWAUKEE-Traumatized parents questioned some Milwaukee police actions Thursday after a known felon was shot and wounded by officers in a hallway down from the neonatal care unit.

But Milwaukee attorney Alex Flynn says the constitution allow police to enter hospital and other public places even with something as routine as a bench warrant.

\"Bench warrants are issued at the end of the day when someone does not appear,\" Flynn told CBS 58 News, \"usually they sit until police pull the guy over.\"

So why would police act this way to serve a bench warrant?

Indications are they were responding to a call from a woman who said he had a warrant and was armed.

What else she might have said to spark concern was unclear as of Thursday night.

\"With an allegation of a gun involved that heightened their interest probably justifiably,\" said Flynn.