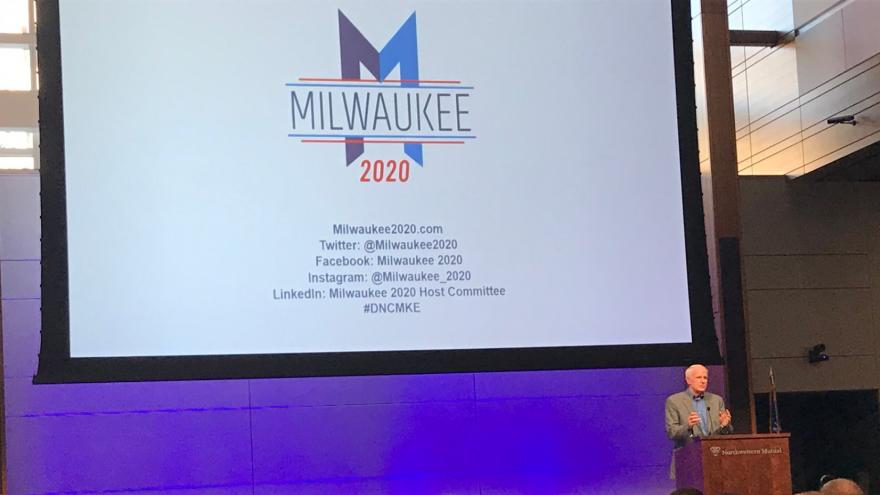 MILWAUKEE (CBS 58) -- Leaders gathered in Milwaukee on Friday, Nov. 22 for a summit hosted by the Milwaukee 2020 Host Committee. The goal is to make sure people across the city, not just the downtown area, benefit from the convention.

The focus of the first summit was inclusion and diversity for minority owned businesses. Leaders discussed best practices for spreading economic opportunities for all.

"There's no lack of zeal, or want, or desire to be business owners, to be workers, to be entrepreneurs. The issue is they don't have the resources," said Kalan Haywood, Haywood Group president.

Attendees gathered at the Northwestern Mutual Tower for the equity summit. The committee partnered with the company to host the conference.

President of the Congressional Black Caucus Foundation, David Hinson was a keynote speaker and addressed the crowd about gaining capital.

They also discussed the challenges and barriers minorities interested in starting a business might face. “We shouldn’t beat around the bush, we know the real challenge is the issue of race,” said an attendee.

The host committee says the convention will be more than just a four-day event.

“For us, that meant making sure this was a convention that extended beyond the four days inside the arena. We wanted this to be a year long activity that would last well after those balloons fall on Thursday night of the convention,” said Liz Gilbert, president of the host committee.

The next two summits are scheduled for February and spring of next year.