Leader of east side drug operation appears in court 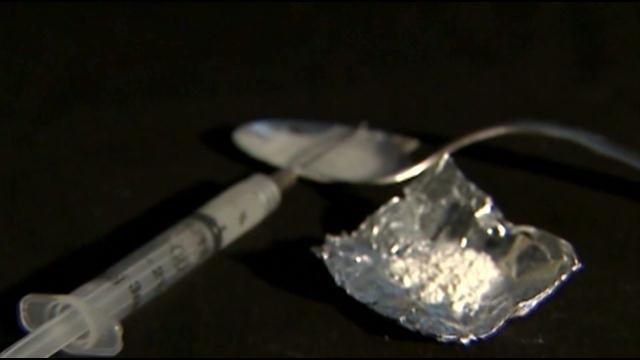 29-year-old Charles Ortiz Jr. is scheduled to make his first court appearance following the announcement his drug ring was busted by local and federal law enforcement. Law enforcement reports this east side gang supplied drugs to dealers and users in 20 municipalities throughout Southeastern Wisconsin and Northern Illinois.

Milwaukee County District Attorney John Chisholm says a wiretap investigation led to the arrest of 48 suspects on the east side of Milwaukee. Authorities served a warrant on an east side home that served as a daycare, and a base for the large drug operation led by Ortiz Jr. Chisholm says Ortiz Jr. was the leader of an east side gang called the East Side Mafiosa or ESM.

Chisholm says authorities recovered 422 grams of heroin, 349 grams of marijuana, and 326 grams of cocaine from the east side home that doubled as a daycare. An additional 150 grams of heroin was recovered from two more suppliers during a traffic stop.

\"These guys were busy, they were working night and day distributing heroin throughout the community,\" said Chisholm. Chisholm says the group sold at least $4,000 worth in heroin each day to customers in 20 cities throughout Southeastern Wisconsin and Illinois.

Chisholm told reporters this case is linked to several overdose deaths, and ring leaders could face charges of reckless homicide. \"We believe there could be as many as up to a dozen that are connected to that,\" explained Chisholm, \"and that will be a focus of ours.\"

The Milwaukee County District Attorney's Office is separating the suspect arrested into three categories. The first are the users who were found to be addicted to heroin. Chisholm says these people were arrested and will be released very soon. The users will be directed to treatment programs. The second group are the dealers, who Chisholm says will be aggressively prosecuted. He also noted that the dealers will receive harsh recommendations for sentencing once convicted. The last group are the suspects who can be linked to overdose threats around Southeastern Wisconsin. The DA's office will pursue reckless homicide charges against the third group.

\"Chicago is somewhat of a distribution point for all Mexican cartels,\" said Jim Bohn, with the Drug Enforcement Administration, \"and that's who's bringing up the heroin to that particular area.\"Chisholm expects authorities will make more arrests in this case within the next few days,

Bohn told reporters Wisconsin is designated a destination state for drug trafficking. The drugs that flow into Wisconsin are usually purchased and used in Wisconsin without being transported to another state.

Individuals, both dealers and users, who purchased this heroin were from the communities listed below: