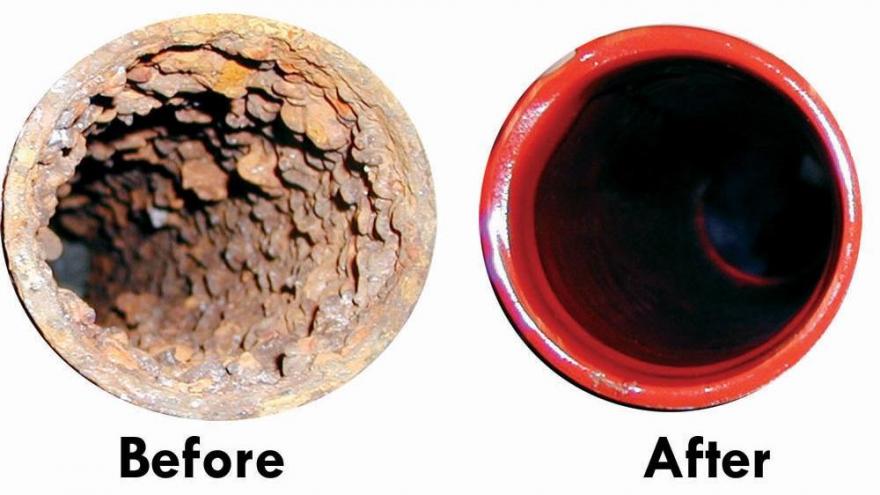 City officials in Milwaukee are considering a new plan to fix thousands of potentially dangerous lead laterals throughout the city.

The plan involves a process called \"lead lateral lining\", where a special coating is applied to the inside of an existing pipe, essentially creating a new one.

\"We've become cognizant of one or two companies that have started moving forward with some fledgling technology on that end,\" says Bohl. \"The city has already participated in lining of sanitary sewer laterals, and that really lends itself to a possibility of having a more cost effective approach to tackling this in a much shorter period of time.\"

The technology has been used for decades on sewer lines, and other large pipes. Only recently did it become viable on smaller pipes, like the lead lateral running to your home or business.

One of the companies that specializes in the technology is Nu Line, an international company that Bohl says the city is in contact with.

It remains unclear how much the idea would cost, or how long it would take to implement city-wide.

Bohl and his colleagues have been researching potential options since September as part of a Water Quality Task Force.

Their recommendations have drawn criticism from water activists like Robert Miranda.

\"I'm very concerned with the fact that the recommendations do not include a strategic comprehensive plan for the removal of lead pipes,\" he says.

Miranda says he's excited to learn more about the lateral-lining technology, but he remains nervous the process could simply cover-up the problem, instead of fixing it permanently.

\"We've been with these lead laterals for 100 years,\" he says. \"I don't want these things in there for 100 years, and then they're deteriorating and we're back to square one.\"

Bohl plans on introducing the idea to the common council later this month.