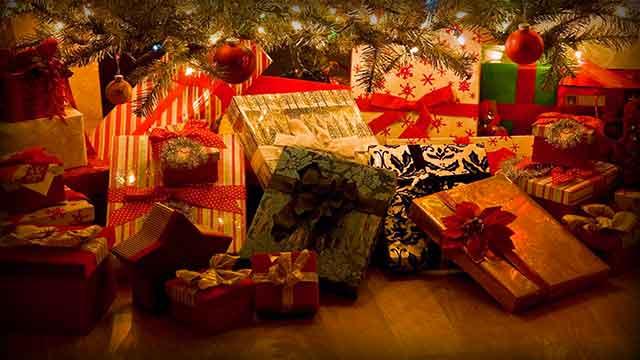 (CBS NEWS)--For some holiday shoppers, this season is serving up an epic dose of Secret Santa.

The \"layaway angel\" has become a bona fide social phenomenon, thanks to the confluence of a few recent trends. Among them is the resurgence of the layaway service, which first became popular in the Great Depression as it allowed families to put an item on hold and make payments over time until the total cost of an item is covered.

This year may turn out to be the biggest yet for donations by \"layaway angels,\" with Toys \"R\" Us noting that it's had two Massachusetts stores receive gifts of about $20,000 each from anonymous donors to pay down the balances of their layaway patrons. A charity devoted to helping pay down layaway accounts for children's gifts said donations may reach double last year's amounts.

With the recession, some big retailers are reviving their layaway programs to help strapped families pay for otherwise out-of-reach goods. Among them is Walmart (WMT), which brought back its program in 2011 after putting it on hiatus in 2006, before the recession hit. With many lower-income families still struggling, thanks to stagnant wages, that's sparked a new type of Secret Santa: The layaway angel, or a donor who swoops in before Christmas to pay off the remaining balance on families' layaway accounts.

\"All the donations are going directly to helping kids during the holidays,\" said Lee Karchawer, who founded the charity Pay Away the Layaway in 2011. \"We typically try to select stores that are in neighborhoods that skew in lower household income, where families may be struggling to make their last payment.\"

Karchawer said he founded Pay Away the Layaway after reading a few stories about people going into stores to pay thousands of dollars to settle layaway accounts. \"I thought it was the coolest thing,\" he added.

His charity crowdsources the idea by accepting smaller donations, which are pooled. His organization then goes into stores and pays off the layaway accounts for parents or grandparents who are trying to buy toys and gifts for children. Beneficiaries react in a number of ways. \"Some people look stunned; other are over the top,\" he said. \"I've had people very quietly cry.\"

The \"layaway angel\" has become something of a movement, he noted.

\"It's cool to see how many people say, 'I'm going to do that,'\" he said. \"It's a social contagion thing, about having good fortune and wanting to share that.\"

Pay Away the Layaway, which works with Walmart, Toys \"R\" Us and Kmart to identify stores where it will pay off layaways, raised $25,000 last year, but may double that amount in 2014, thanks to the interest of consumers in providing holiday cheer for families seeking to put toys under the tree, Karchawer said.

Individual donors -- both anonymous and famous -- are also taking part in the trend. Former NFL quarterback Tim Tebow appeared in an Orlando Walmart earlier this month to pay the layaway accounts for customers there, according to the Atlanta Journal-Constitution.

\"You don't understand how hard I've been working,\" one woman told Tebow after learning about his gift. \"And then I said I was going to take stuff off [the account] because I can't afford everything, and then this. Just thank you. I just want to cry.\"

Toys \"R\" Us stores across the country have also been visited by donors this holiday season, such as a Johnson City, Tennessee, store where a \"layaway angel\" paid for more than 52 accounts that totaled more than $5,000.

Customers have been \"overjoyed,\" said Adrienne O'Hara, director of consumer public relations for the toy chain. \"As any one can imagine, receiving a phone call from a store team and finding out it was an anonymous donor, it's such a heartwarming experience to know there are people who care.\"

Toys \"R\" Us may be a favorite for \"layaway angels\" because the store is a favorite for parents looking to stuff their children's stockings on Christmas morning. So far, Toys \"R\" Us doesn't have a tally of this year's \"layaway angel\" donations, or have a track of how it compares with last year's donations, when 597 layaway accounts were paid for by anonymous donors, O'Hara said.

\"We have received many this year as well, one of which is amounting to $20,000,\" O'Hara said, referring to one recent donation at a Toys \"R\" Us in Bellingham, Massachusetts. \"It's heartwarming that they would think of this.\"
Share this article: