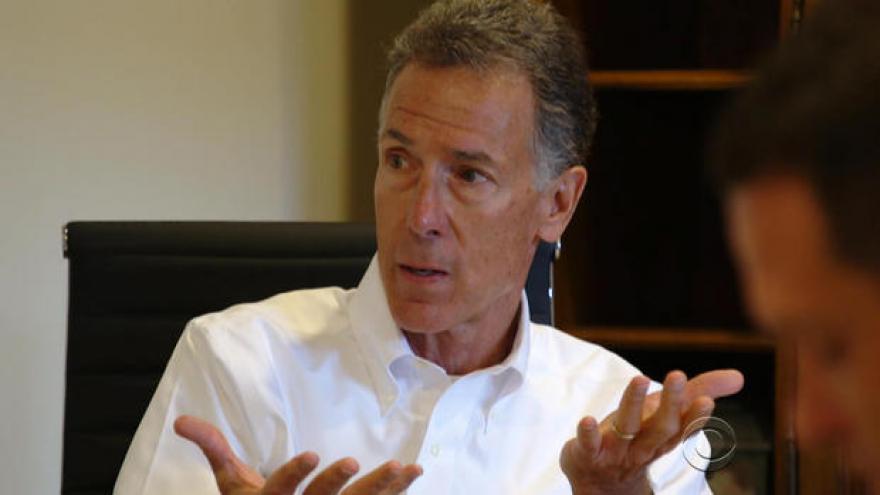 JACKSON, Miss. (CBS) --  The opioid epidemic is killing tens of thousands of Americans every year -- and one attorney is fighting it in court.

"There is an opioid-addicted baby being born in a hospital right now," said Mike Moore.

Moore calls himself a "country lawyer from Mississippi." Don't believe it. He's a 65-year-old David who has found his next Goliath: The big drug manufacturers.

Moore says the industry understated how addictive the painkillers could be.

"They said there was a study that showed that less than 1 percent of people taking opioids would get addicted if under a doctor's care. That turned out to be a big lie -- just wasn't true," Moore said. "They misled the American public. They misled the doctors in this country. Many of the doctors were duped. And frankly, I think they misled the FDA."

But one lawyer taking on a multi-billion dollar industry? It may sound like a mismatch. But don't believe that either.

"I do not believe nicotine or our product is addictive," said one tobacco executive to Congress.

"I believe nicotine is not addictive," said another.

In 1994, Moore filed the first civil lawsuit against the tobacco industry for misrepresenting the dangers of smoking. He was Mississippi's attorney general. Forty-six states eventually joined him. They won the largest class action settlement in history: $246 billion.

"My mama called me and told me it's time for me to come home," Moore said. "I mean everybody thought I'd gone absolutely nuts cause nobody frankly had ever beaten them at all. But we had a just cause."

Now Moore's pushing for a similar class-action suit against the pharmaceutical industry. He has convinced 11 states.

"It's a blunt instrument," Moore said. "It kinda hits people upside the head and gets their attention. Sometimes that works."

He admits that he "loves" being the David.

"These cases will get the truth out about this industry and maybe we'll never repeat this in history," Moore said. "Win or lose."