Laws Aim to Crack Down on Fake Service Dogs 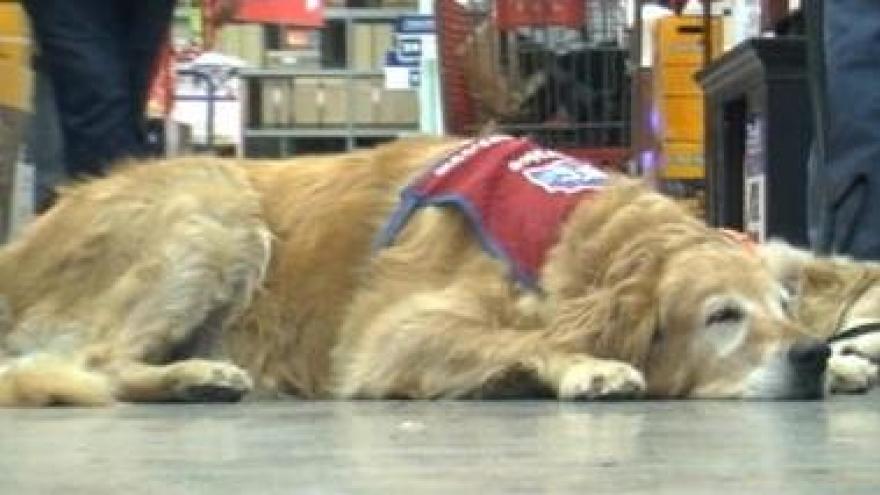 (CBSNews) Service dogs can provide invaluable help to people who are physically or emotionally impaired, but many people use untrained pets to receive privileges they are not entitled to.

In 12 states, misrepresenting a service animal is already illegal, and Massachusetts could become the latest state to join them, reports CBS News correspondent Don Dahler.

Christine Slavin, whose snowboarding accident in 2007 put her in a wheelchair, told CBS News impostors hurt the image of service animals. When she’s not giving ski lessons to people with disabilities, she herself is accompanied by her faithful lab and service dog, Earle.

“Earle does a lot of retrieving for me. When I lose my phone he’s actually very good about finding it,” Slavin said.

Earle was trained at NEADS, a service-dog industry leader for more than 40 years.

“We train the dogs in about 50 different tasks,” NEADS CEO Gerry DeRoche said. “They can be trained to open doors, to turn on lights, to retrieve objects.”

That’s the major difference between trained service dogs and the many impostors gaining access to the places that accommodate the disabled. You may have seen a cute Chihuahua or an occasional pig posing as something more than the well-intentioned pet that they are.

“Do you think that fake service dogs can hurt the public’s impression of real service dogs?” Dahler asked.

“I know that fake service dogs hurt the public perception of real service dogs, because I see it every day,” Slavin said. “There’s people that have been bitten in stores… dogs have had accidents in stores, or just been generally disruptive.”

Yes, training an invaluable and well-heeled companion is difficult, but getting fake credentials to pretend your pet is qualified couldn’t be easier. Within 24 hours of logging on to one website, Dahler was able to obtain a bogus certificate and ID for his border collie, Abby. Three days later, her uniform arrived without him having shown any proof of a disability.

For those thinking about obtaining a bogus certificate for their pet, Slavin said: “I understand people’s desire to have their dog with them and they don’t think it’s a big deal. Just as people park in a handicap spots and they think it’s not a big deal.”

A newly-proposed bill in Massachusetts would make misrepresenting a service animal illegal. If passed, Massachusetts would join the 12 other states where it’s already law. The toughest is in California, where the maximum penalty is a $1,000 fine and up to six months in jail.