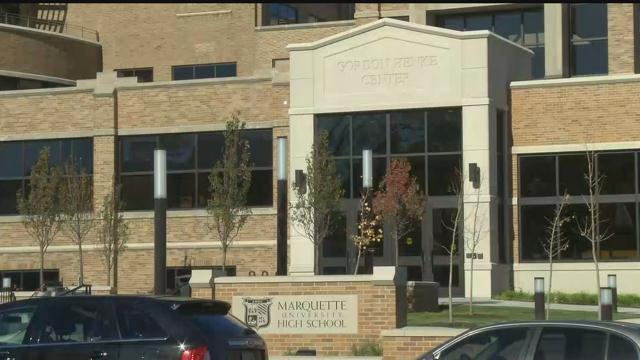 Some Latino students at Milwaukee's Marquette University High School said they are the targets of bullying fueled by Donald Trump's win.

The principal Jeff Monday said the school being proactive about the situation. He said they met with each grade level to address the remarks and any concerns.

“We talked about who we are as a Catholic Jesuit School, respecting the dignity of other people and set a clear expectation that comments that are inappropriate, that are offensive, that are hurtful to people are just not a part of who we are as a school and they heard those statements loud and clear," Monday said.

Victor Daniel Cárdenas Martinez is a student at Marquette University High School. He said he hopes everyone can move on from this.

"I hope that we just keep on fighting and working together and making sure all of this bigotry and hatred stops,” Cárdenas Martinez said. “Even if it’s just one kid, it has to stop and I think most of us are willing to do that."

The League of United Latin American Citizens (LULAC) is, also, getting involved. LULAC met with Milwaukee Public School and plans to meet with other school districts in the state, said Darryl Morin, LULAC special advisor.

"Our position is that anyone regardless of skin or color, your gender, etc., is entitled to human dignity,” Morin said. “We've been taking these reports and reaching out to all the schools and quite honestly just because of the large quantities now we have to deal with the district level to make sure our concerns are addressed.”

Eighteen percent of the students who go here are Hispanic, according to the school.

On Friday, City of Milwaukee Mayor Tom Barrett released the following statement on the bullying:

“In the aftermath of the recent Presidential election, there have been some reports of K-12 students feeling intimidated by the actions of other students. I know that the various school administrations have sought to intervene to quell any actions which are reasonably seen as intimidating by students.”

“I join these school leaders, not only as Mayor, but as a parent, in calling for respectful behavior by students toward their fellow students. The ability to disagree politically is at the core of our national liberties. We live in an increasingly diverse society, which is part of the richness we all enjoy about America and our city.  However, treating each other with respect is what allows us to disagree politically while living with each other in a productive, safe society. ”