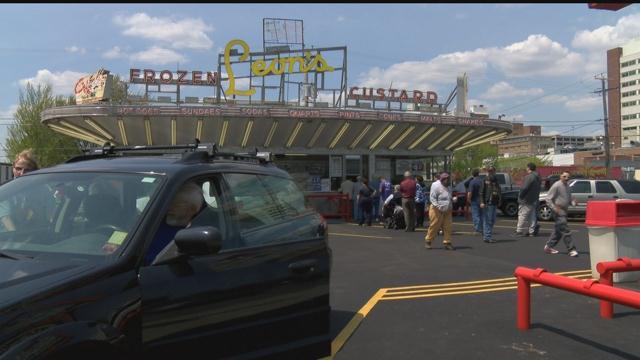 CBS 58 News has confirmed from both side that talks did occur between the ownership of Leon's Custard Stand and LULAC or League of United Latin American Citizens.

LULAC says it's hopeful the issue can be resolved amicably and that both sides want to get it done for the better of the community.

It was last week that some protests popped up at the popular south side custard stand after a customer posted that when he placed an order in Spanish the worker replied that she's not allowed to take orders in Spanish.

Quickly it became characterized as an "English only" policy on social media.

The owner explained he only has two bi-lingual workers and they're part time.

Attorney Frank Gimbel who represents Leon's and has participated in the talks with LULAC tells CBS 58 News that he's still trying to figure out what actually transpired and what certain parties will demand for a resolution.

“I’m approaching this thing with an open mind," Gimbel said in a phone conversation with CBS 58's Michele McCormack. "To first get factual basis upon which we can respond to their concerns. In 70 years Leon’s has never had any allegations of social wrong doing.”

When asked about what the worker said Gimbel responded that

“I don’t know the actual quote or truth. I only know that based on my involvement with Leon’s that they respect every customer. They have never had a complaint until this past week."

Gimbel also added that business has not been affected.

As CBS 58 News reported on Friday, while several people lined the sidewalk with signs asking customers to go elsewhere, there were long lines, many customers say they specifically came to support Leon's.

“We continue to communicate with Mr. Schneider and his counsel, and are making progress. LULAC of Wisconsin continues to work in good faith in the hopes of resolving this issue amicably, to the benefit of Leon’s Frozen Custard and our community. We continue to maintain our position that a strong community is the result of mutual respect and support between local business and the people in the communities they serve.”