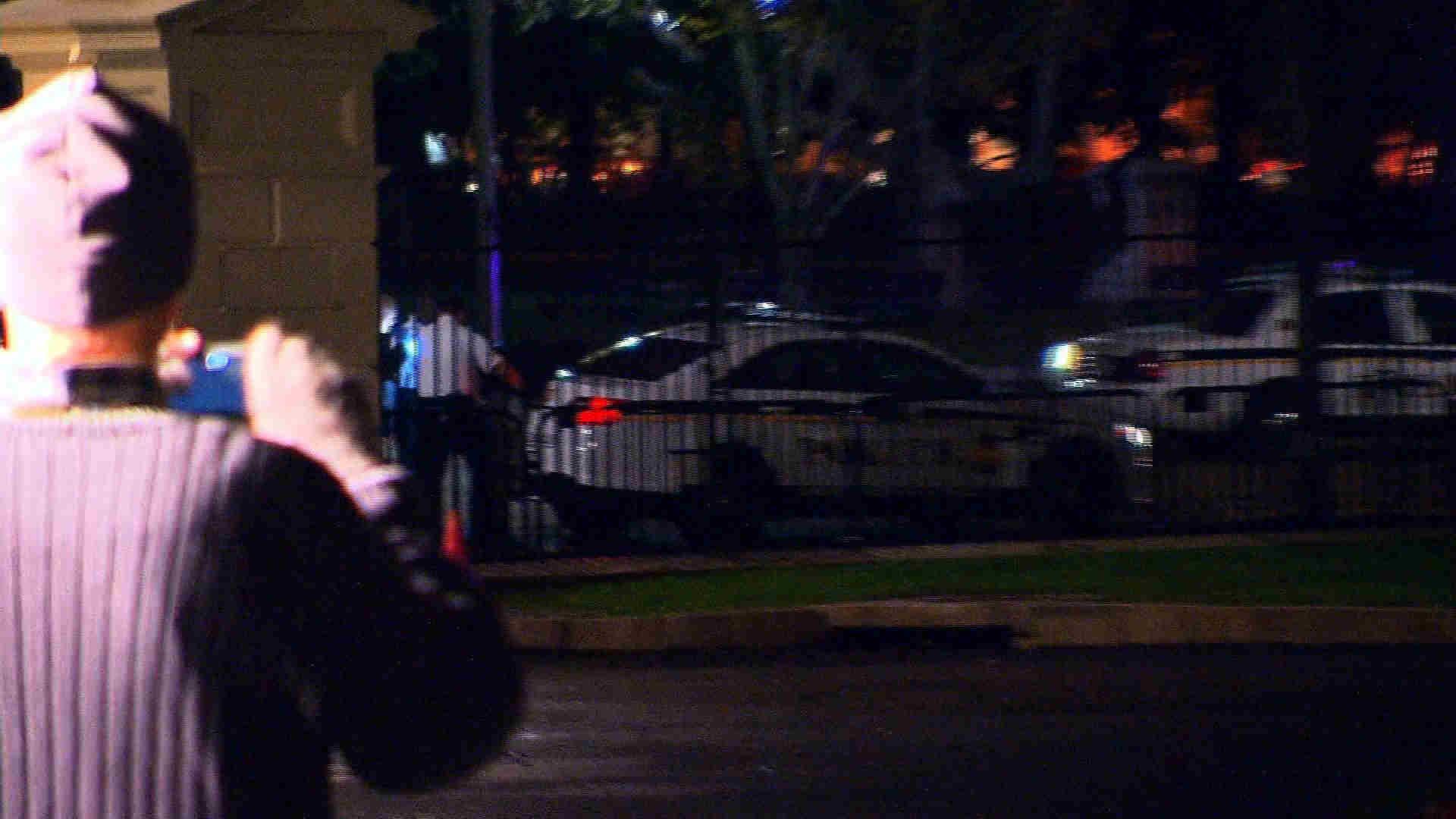 A man who jumped the White House fence Wednesday night suffers from mental health problems, and has been arrested in a previous security breach there, according to his father.

Dominic Adesanya, 23, of Bel Air, Maryland, barely made it onto the lawn before he was subdued as he fought off two police dogs, the Secret Service said.

\"Dog got him,\" a Secret Service spokesman said.

Adesanya has been charged with two counts of felony assault on a police officer for attacking the K-9 dogs, four counts of resisting and unlawful entry, and one count of making threats, said Brian Leary, a Secret Service spokesman.

Authorities said he was unarmed at the time of his arrest.

His father, Victor Adesanya, said his son is paranoid and hears voices.

Adesanya was arrested near the White House about two months ago and charged with a misdemeanor, his father told CNN affiliate WMAR.

\"He had done it before,\" the father said. \"He didn't cross the fence. He was at the gate, fussing at the people, wanting to talk to the President to tell the President about his situation.\"

He said his son has been experiencing a downward mental health spiral after he was prohibited from trying out for a college football team at Stevenson University in Westminster, Maryland. He dropped out of school in November.

Doctors have diagnosed him with paranoia and schizophrenia, and have prescribed antidepressants and other drugs.

He was fighting the dogs because he thinks \"he's got to prove he's this phenomenon athlete,\" his father said.

The father said they've asked the government for help, without any success.

\"It's hard to be in your house and not know if the person you're living with is trustworthy and to know they're mentally disturbed like he is,\" the father said.

Before officers moved in, Adesanya kicked a K-9 unit dog and punched another one. The two dogs -- Hurricane and Jordan -- were treated by a vet for minor injuries and cleared for continued duty by the Secret Service on Thursday morning.

Wednesday's incident is the second time someone has jumped the fence at the White House in the last month. This time, the President was in the residence when the intruder jumped over the fence.

In September, a man -- whom police identified as Omar Gonzalez -- scaled a fence armed with a knife and made it into the White House before he was detained.

Gonzalez's indictment has been delayed until he undergoes a full mental competency evaluation.

The Secret Service used its Twitter account later Thursday to show pictures of the two dogs involved in the incident ready to return to work.