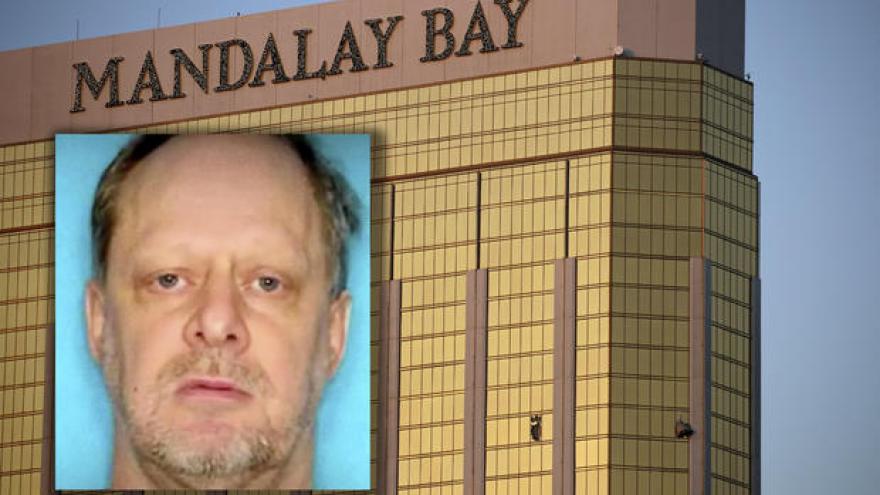 Bruce Paddock is not considered a suspect in the Las Vegas shooting. He is charged with possessing more than 600 images of child pornography, as well as 19 counts sexual exploitation of a child.

In a press release, the Los Angeles Police Department said the investigation began after evidence was discovered inside a business where Bruce Paddock had been squatting after being evicted.

"At the time of the initial investigation Paddock was a transient and could not be located," police said.

Fifty-eight people were killed and hundreds more were wounded in the shooting Oct. 1 at the Route 91 Harvest Festival on the Las Vegas Strip. Authorities say Stephen Paddock opened fire from the 32nd floor of the Mandalay Bay casino-hotel tower and then took his own life.

Another brother, Eric Paddock, spoke to media following the shooting but Bruce Paddock did not.

Bruce Paddock is being held at the Los Angeles Police Department's Metropolitan Detention Center. His bail is set at $60,000.