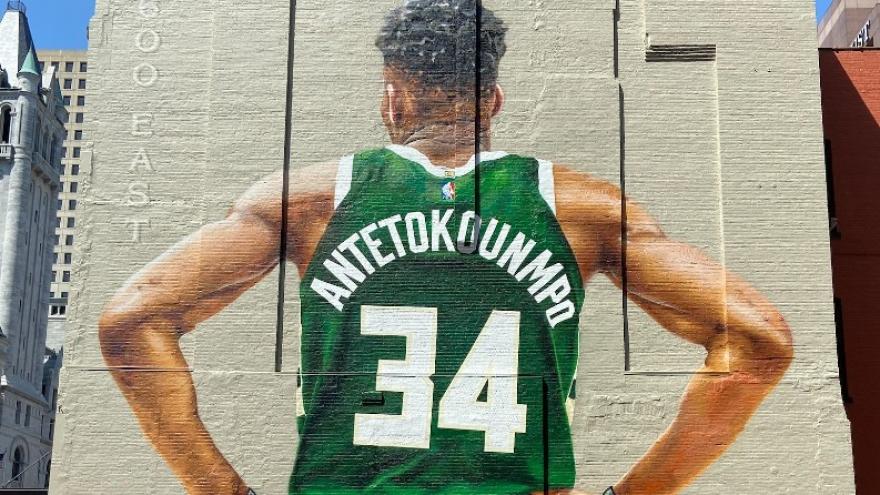 The artist behind the mural, Mauricio Ramirez, said it will be a symbol of pride for the city.

The mural stands at three stories high and took Ramirez more than 100 hours to complete.

The mural was finished just in time for Game 4 of the playoff series against the Boston Celtics.

A downtown mural of @Bucks MVP @Giannis_An34 is complete. Check it out! pic.twitter.com/KqiV9gBeYb