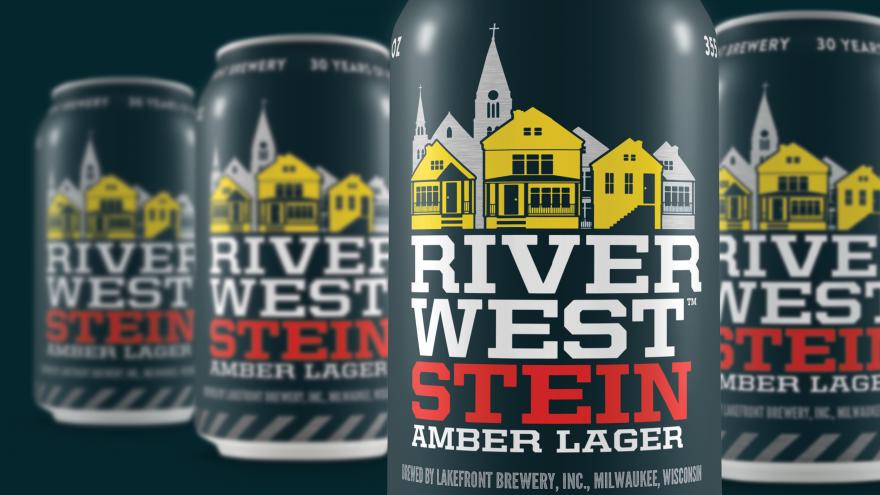 For 30 years, Lakefront Brewery has been crafting a crowd favorite in its Riverwest Stein beer. But it’s now available in cans for the very first time. “Putting a craft beer in cans was unthinkable when we started,” said Russ Klisch, co-founder and owner of Lakefront Brewery. “Now, it’s becoming the norm. We’re actually a bit late to the game, but that’s okay.”

“We put our number one selling brand in a can,” said Chris Johnson, Director of Business Development, “And the great thing about cans is summertime. The ballpark, picnics, the beach or anywhere else you want easy, portable craft, here you go.”

Riverwest Cans should be available anywhere you usually buy Lakefront products. The big question is what’s next in cans for the brewery. IPA? Eastside Dark Lager? Or possibly the new Lakefront Pils due out later this summer. “For now, we’re canning Riverwest,” said Klisch. We have a thorough process of quality control and we travel at our own speed. The next Lakefront can will be out sooner than you may think. Possibly.”