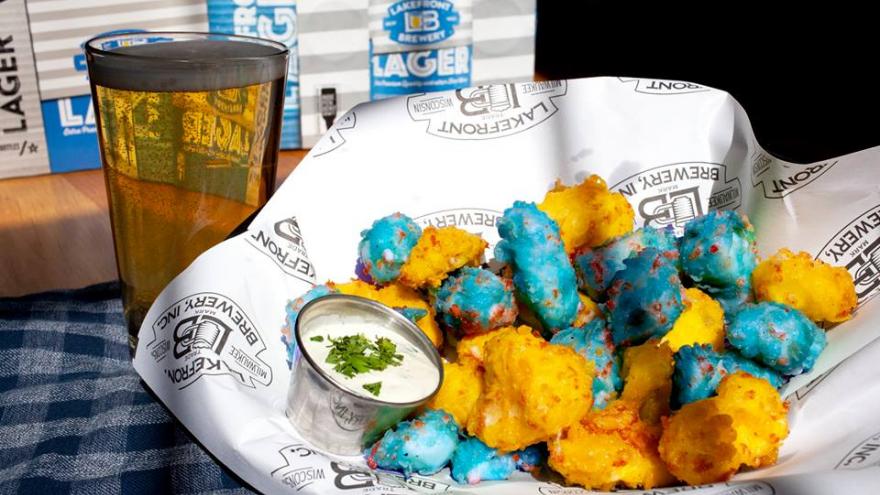 MILWAUKEE (CBS 58) -- To celebrate the start of the MLB season and the Brewers Home Opener, Lakefront Brewery is now serving Brewers themed cheese curds at the Beer Hall.

The gold and blue colored cheese curds are on sale starting Wednesday, March 27 through the end of opening weekend March 31.

AJ Bombers also has Brewers features and will switch to "Bernie's Bombers" from Opening Day until the end of the Cubs series on April 7.