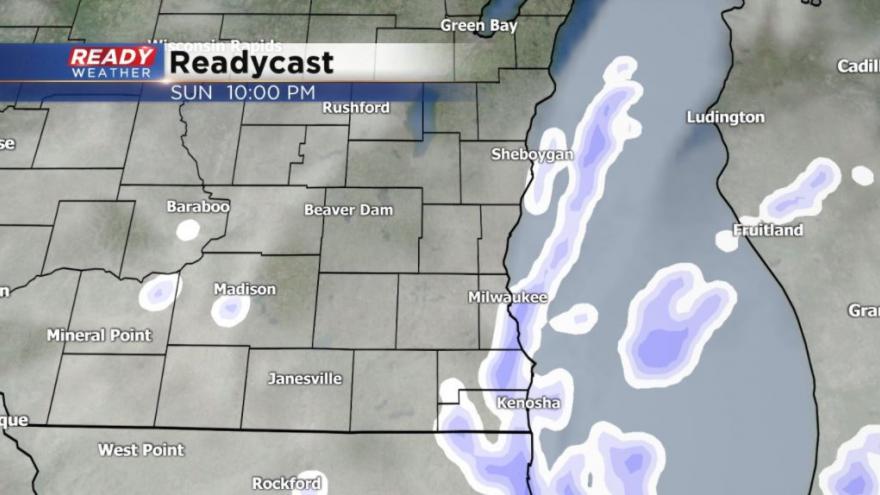 A wave of light snow has been moving across southeast Wisconsin since this morning. Snow will linger through the evening before turning into a lake effect event. Some moderate snow was reported around noon in parts of Dodge and Washington County where 1-2" of dry snow fell. As of Sunday evening, most of southeast Wisconsin just reported wet roads.

As the steady snow wraps up around 10 p.m. some lake effect will start to move in. There is still some question as to whether or not the lake effect band moves in, but trends are consistent that Milwaukee and areas south could see some light snow.

Lake effect could linger into Monday morning especially for the early commute so roads could be wet or slick in spots on the drive into work and school. Up to or around 1" of snow may be possible by Monday morning for Milwaukee, Racine, Kenosha and other areas along the lake. 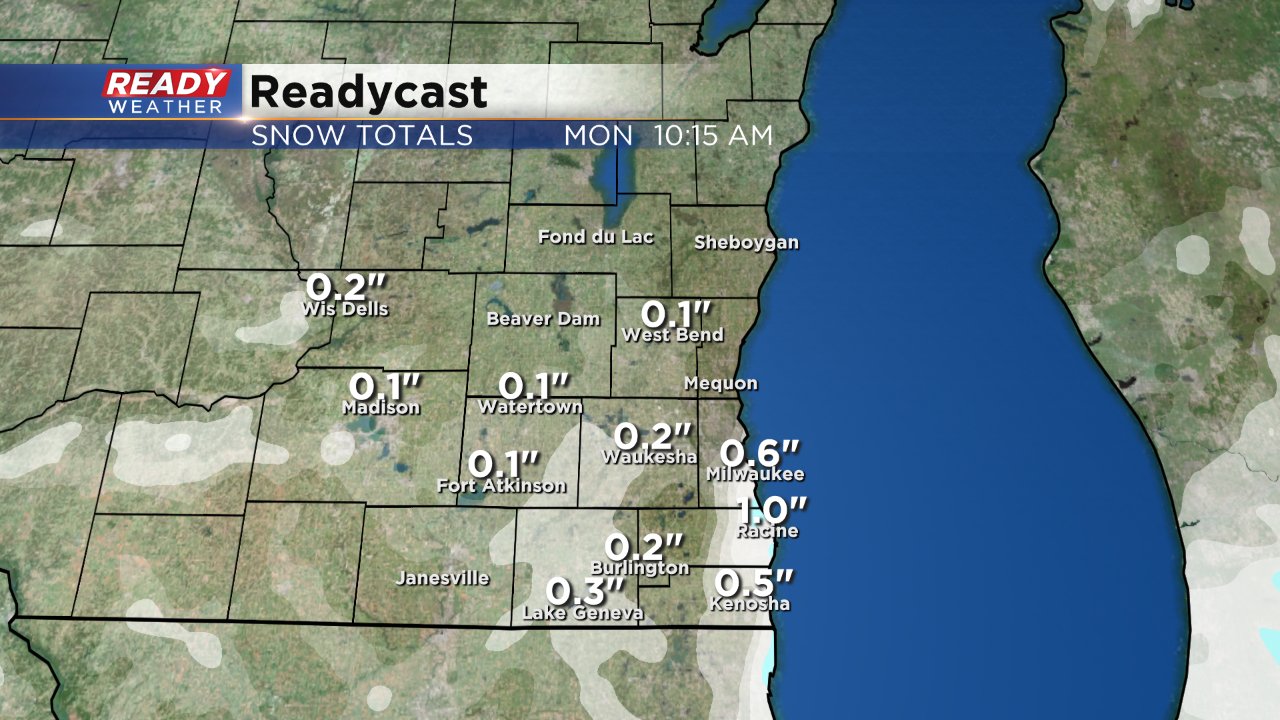 Download the CBS 58 Ready Weather app to track the lake effect snow as it develops.