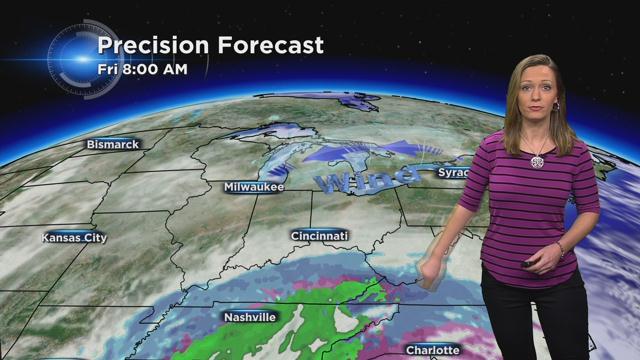 A big storm is "a brewing" across the Gulf Coast states and is expected to dump major snowfall and icy precipitation across portions of the Tennessee Valley across the Mid Atlantic into the northeast part of the United States. Meanwhile, a broad northeasterly flow surrounding this storm will give us a chance for Lake-Effect snow on Friday. Here's how it works: 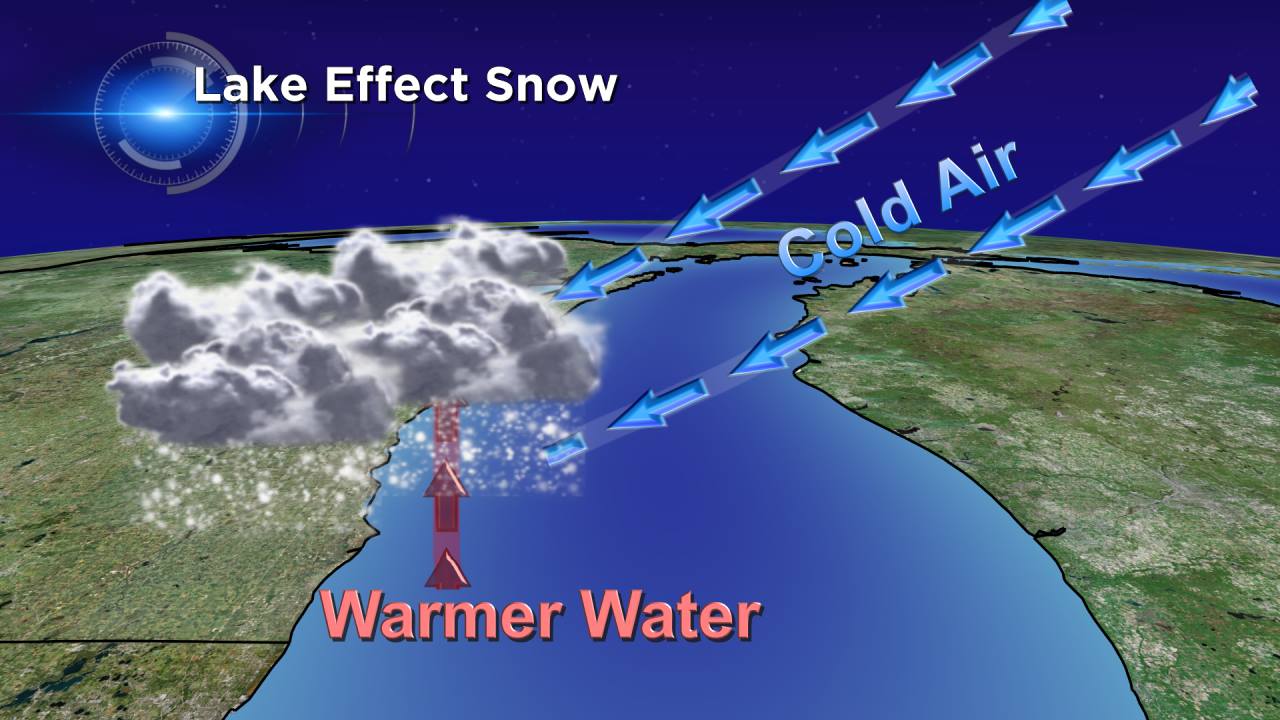 During the late fall and winter, lake-effect snow can develop when cold air moves across the open waters of the Great Lakes. While we are starting to see some ice building along the shoreline, there's plenty of open water farther out. As the cold air passes over the relatively warmer waters of Lake Michigan which by the way, is still in the upper 30s and low 40s, the warmer and more buoyant moist air rises into the lower portion of the atmosphere. The rising air leads to cloud development and eventually snow. This will be the setup as we go into Friday and that's why we are monitoring the potential for some Lake-Effect snow. 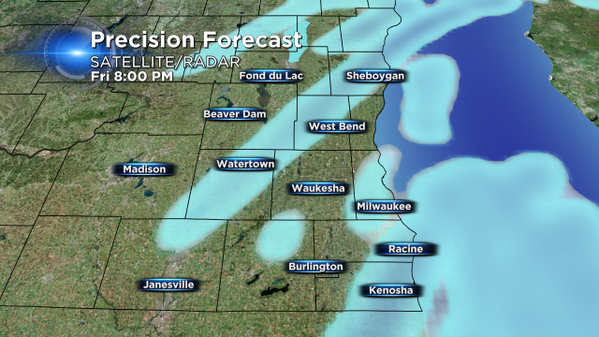 Here's a snapshot of our "in-house" model clearly depicting narrow bands of snow moving in from the lake. As you can see, by later in the day those bands may drift quite distance inland. However, we are not expecting heavy accumulating snow. Regardless, even a dusting can make roads slick, so we'll be watching this closely. The longer the fetch over the lake, the better chance we have to see higher amounts. For now, this is what Precision Forecast has for snow totals through Friday night. 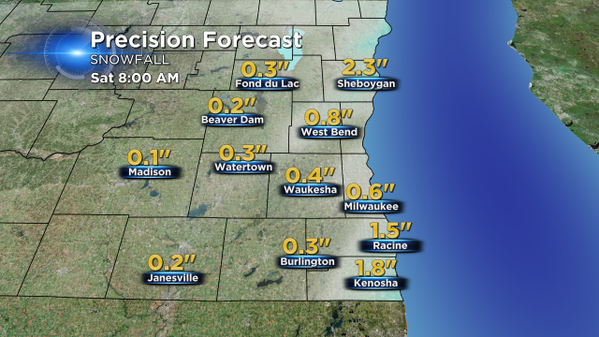 The challenge for forecasters is that lake-effect snow often forms in narrow bands that can become quite intense. Any small change in wind direction can impact when and where snow bands set up. Snowfall can vary from a trace to several inches over a short distance. So while other data suggests that we are looking at less than an inch, the model above reflects what might happen if a snow band takes aim at Sheboygan county. In addition, the visibility can be very low in lake-effect snow bursts, another potential headache for drivers.

A few additional meteorological factors we consider for lake-effect snow forecasting include: instability, the scale of difference between air and water temperatures, the depth of cold air, the amount of moisture in the air as well as lift and wind direction. The physical geography of the land and water is also a player, as I mentioned with fetch length, as well as elevation and shore-line orientation.

The timing of snow showers looks to begin Friday morning which may impact the commute, especially along I-43, and may last through the day and into the evening before dissipating. Stay tuned to the latest CBS58 forecasts for up to date information on snow potential.

As a friendly reminder, our CBS58 mobile weather App is free and available to download for Apple and Android devices. Our future radar product can help you plan travel accordingly on Friday.