MILWAUKEE (CBS 58) -- A cool front has just passed the area. Winds have turned to the northeast in the wake of its passage. That means a cooler day is in store. Winds are breezy at times as well, and while it's providing a nice mild set up on the temperature scene, it's also drumming up choppy waves. 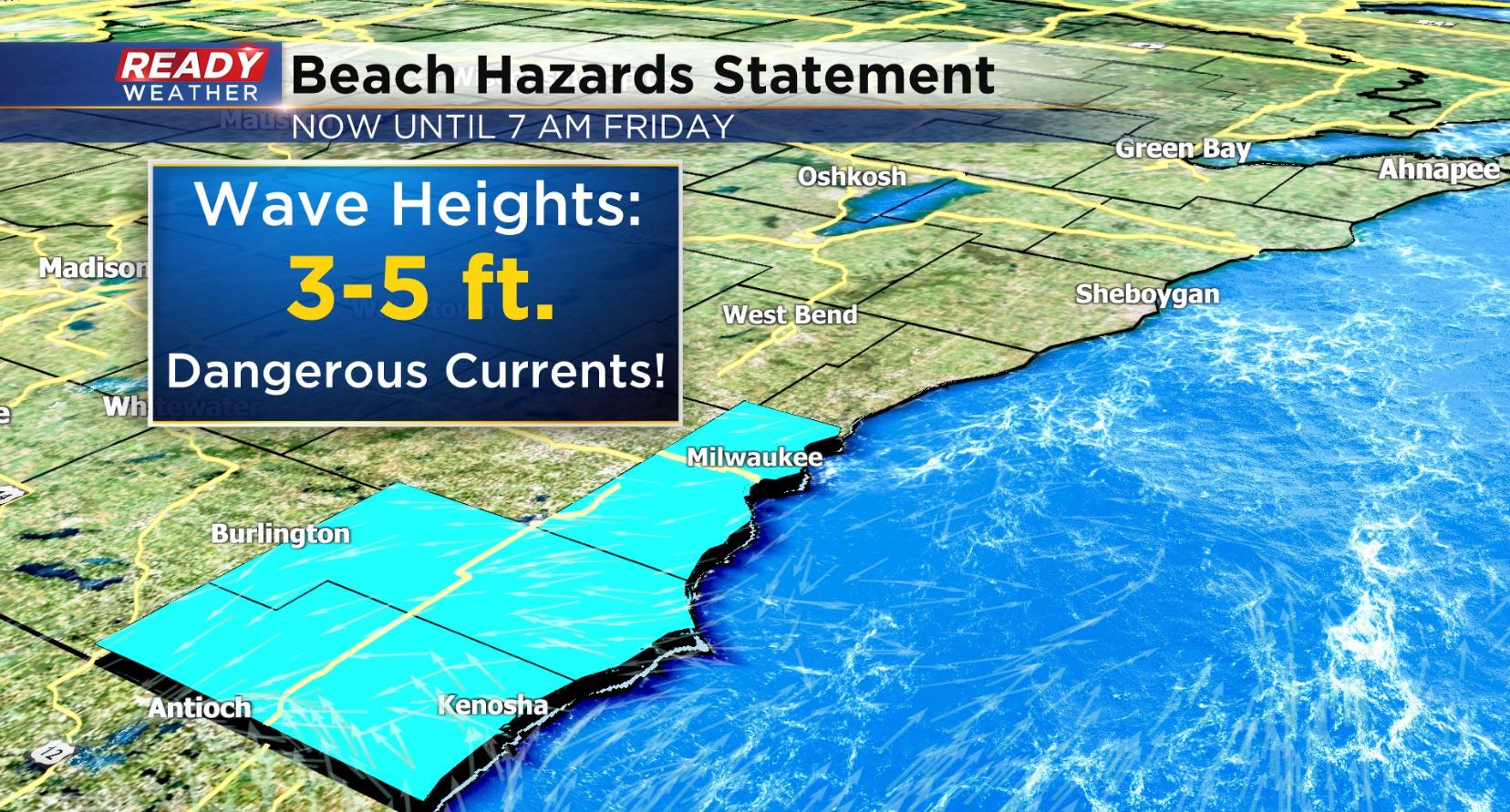 Waves will rise up 3-5' today and tonight and also stir up dangerous currents. Rip currents as well as structural currents are possible. That means currents along things like piers and jetties. You'll want to keep a safe distance from the shoreline today! The beach hazards run from Milwaukee county and points south until 7am Friday.

There is one thing, however, that will be neat to see tonight. Gazing toward the southeast sky is what you'll want to do as the moon comes up over the lake just after 8:20pm. 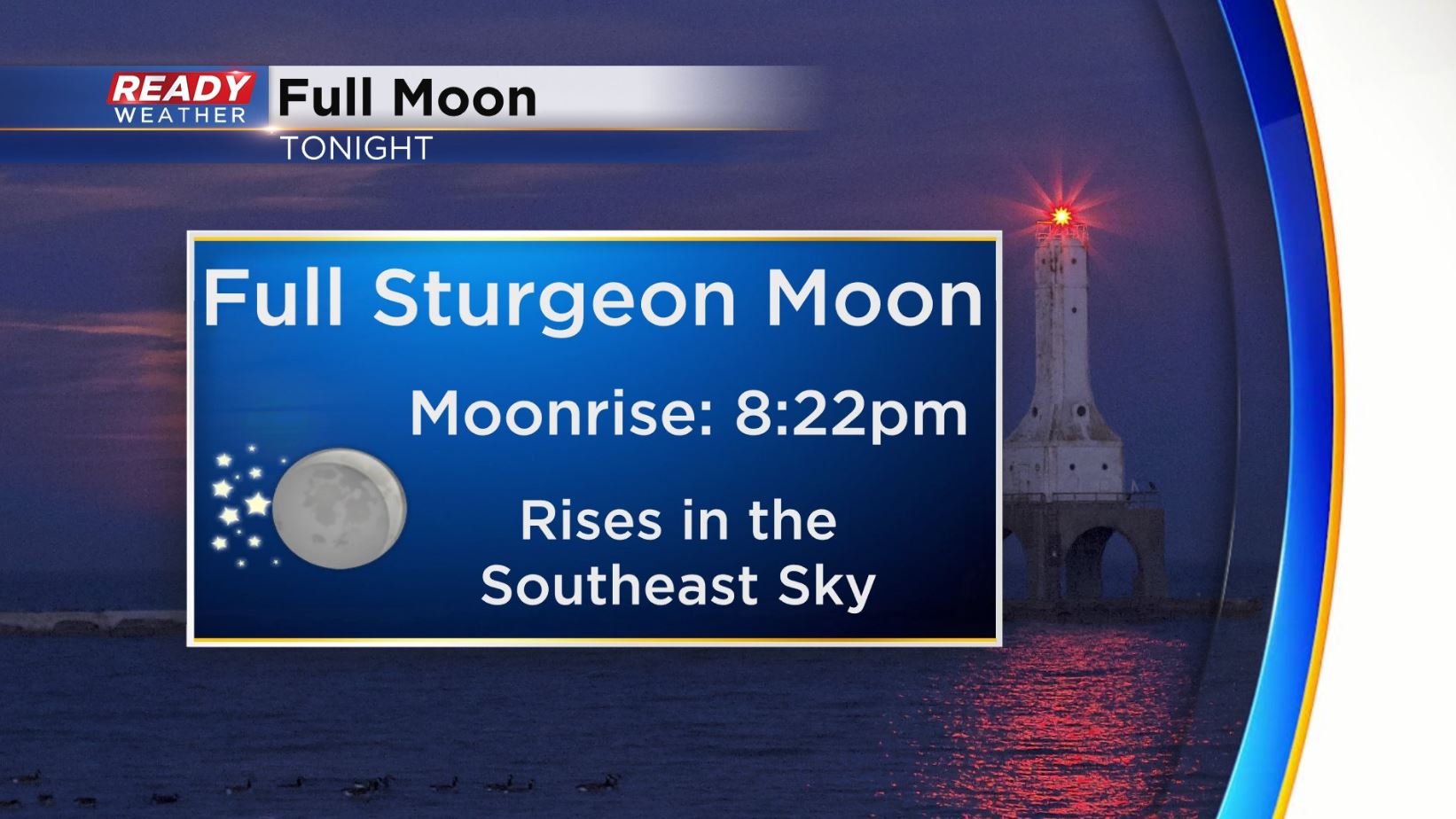 It's August's full moon tonight, known as the Sturgeon moon as folklore points to those fish biting best around this time of year. Have you noticed the night sky for viewing is sneaking in earlier these days too?! Tonight is the first night with a sunset before 8pm since May. 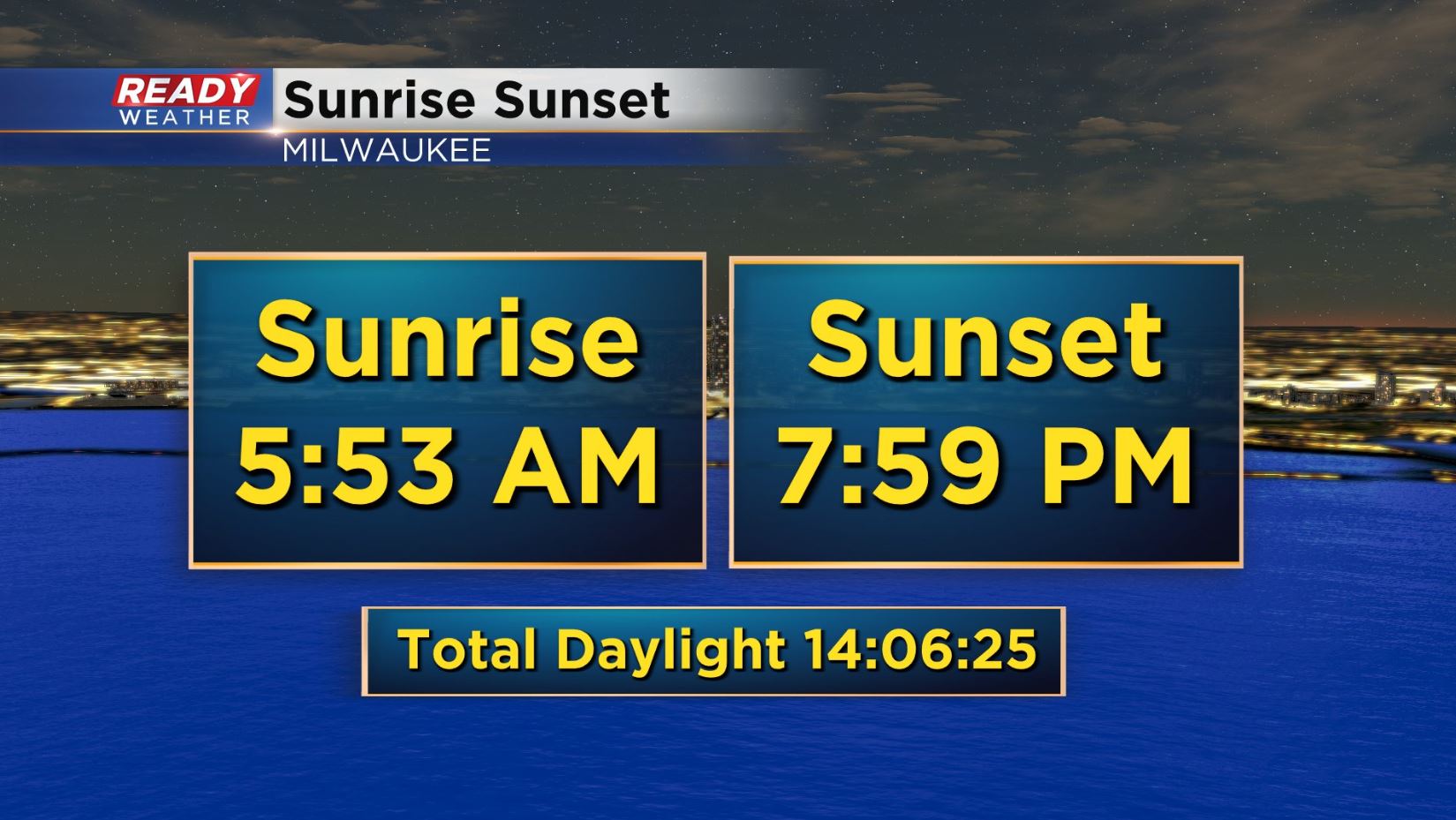 The other thing to note with today's lake breeze is a cooler, less humid day. It's a trend that looks to be with us throughout the extended forecast. 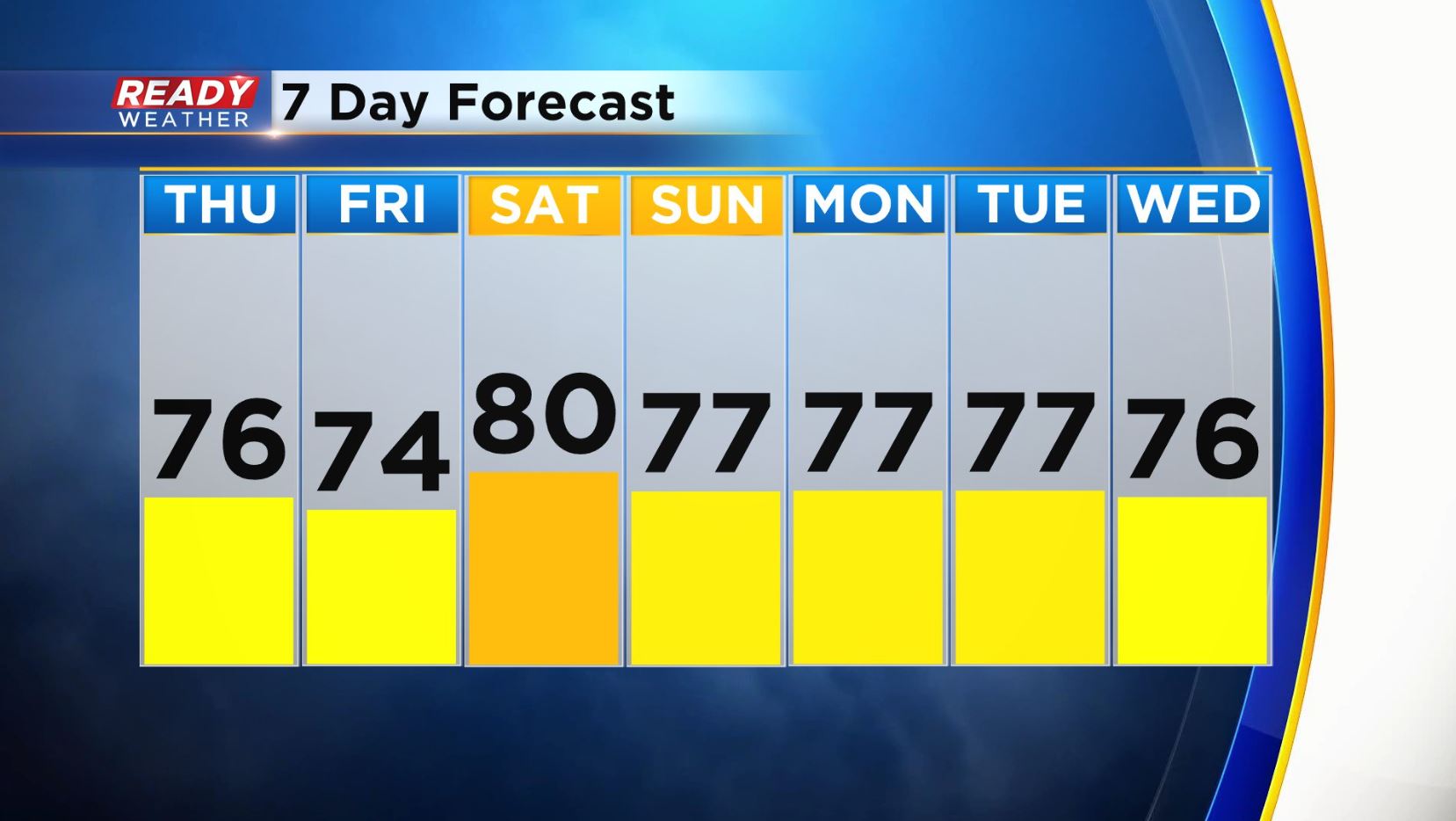 The average high in Milwaukee sits at 81 degrees through the 16th of the month. So you can see that while not too far off each day over the next week will fall a bit shy of the norm. Beyond that signs point to continued cool air. The temperature outlook from the Climate Prediction Center has us pegged with about a 50% probability for below normal temperatures through August 20th. 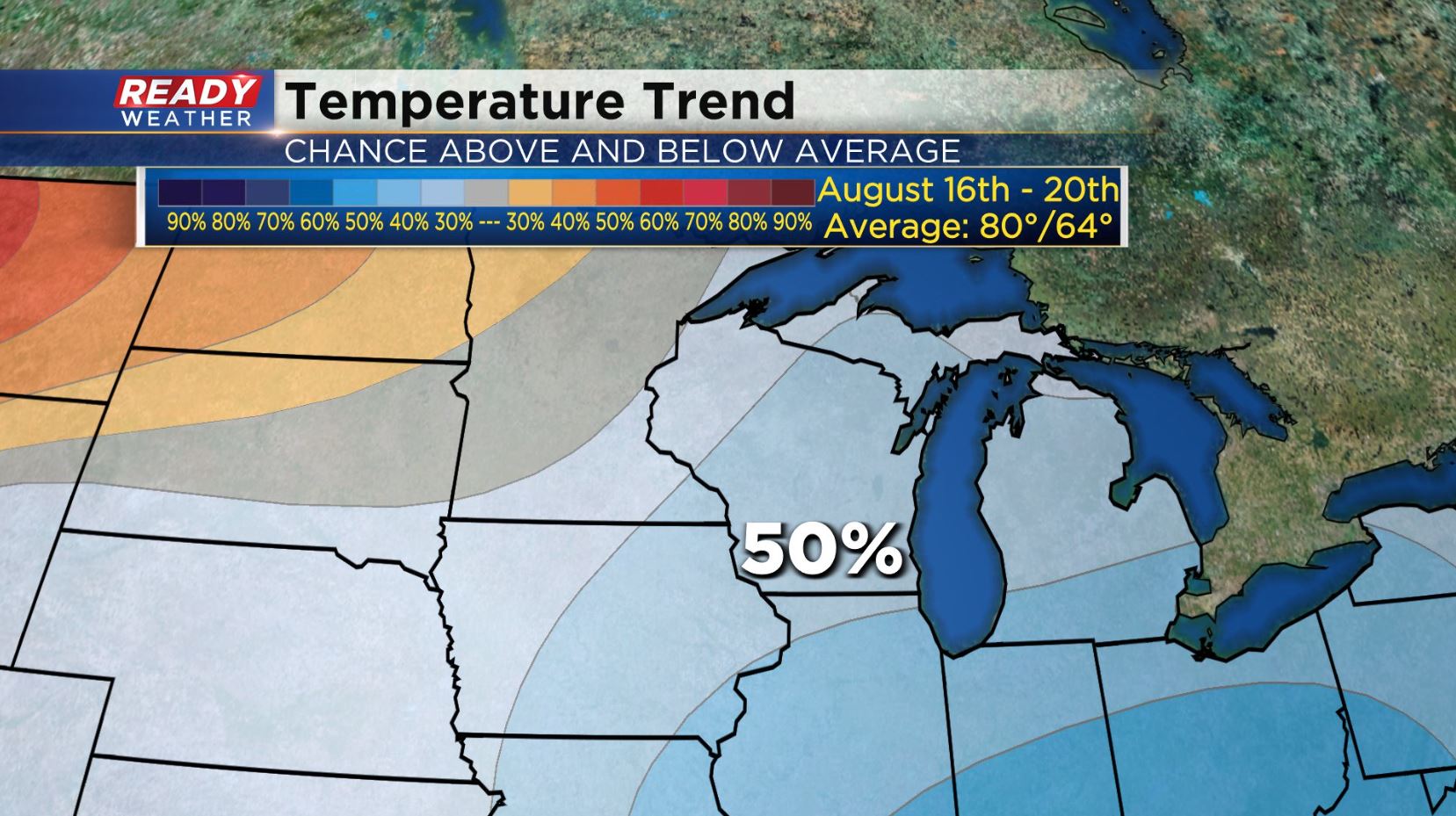 Get out and enjoy the milder weather, you know heat is still a possibility into the next month before our official fall season arrives!