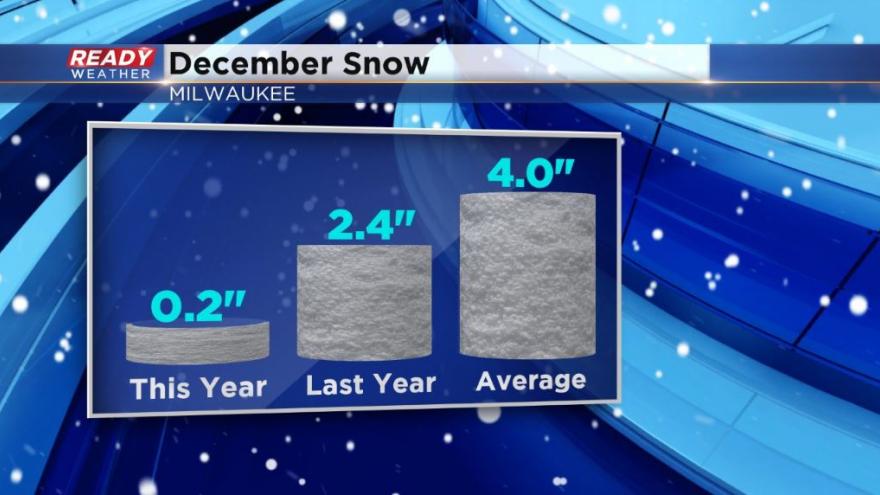 After a very snowy November, this December has been lacking in the snow department. So far Milwaukee has only picked up two tenths of an inch of snow this month which all came on December 2. Through today's date (Friday) the average snowfall is 4" so we are 3.8" behind. If you add the plethora of snow we saw in November southeast Wisconsin is only a tenth above-average so even that snowy November doesn't make up for the December deficit.

With the lack of snow it should come as no surprise that most of the state has hardly any snow on the ground. Milwaukee officially has nothing and only a few spots have more than 1". 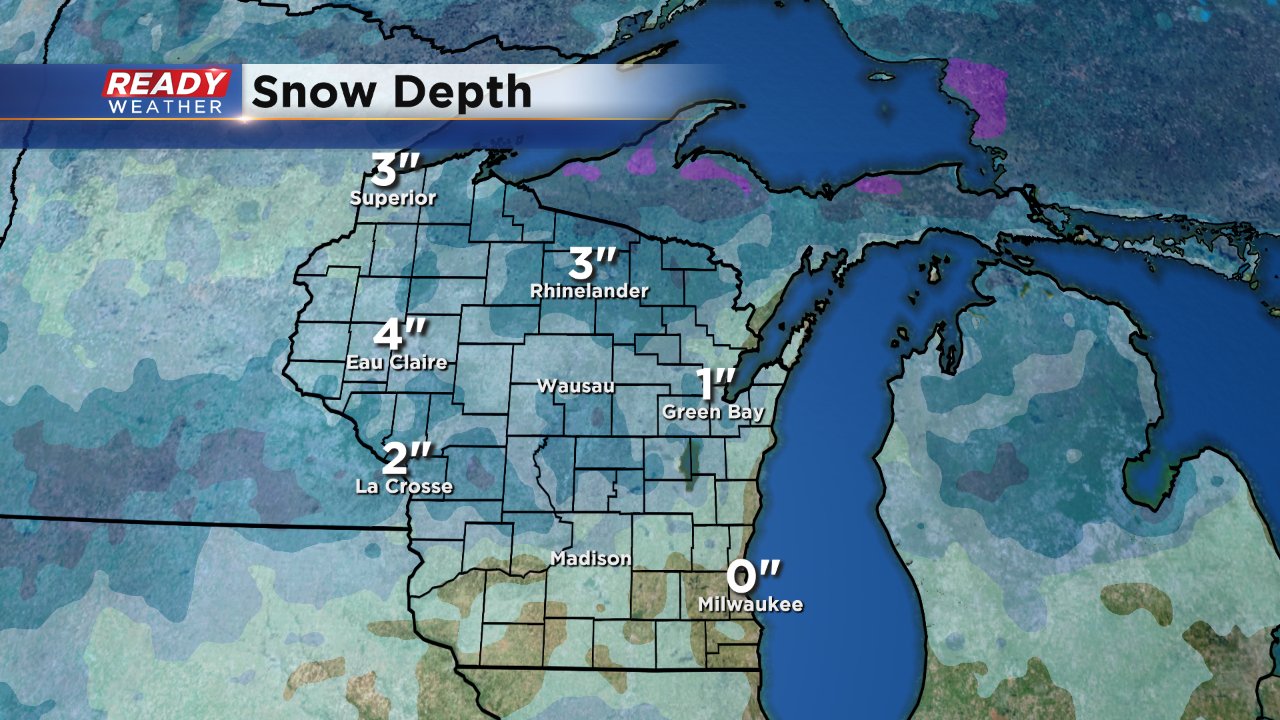 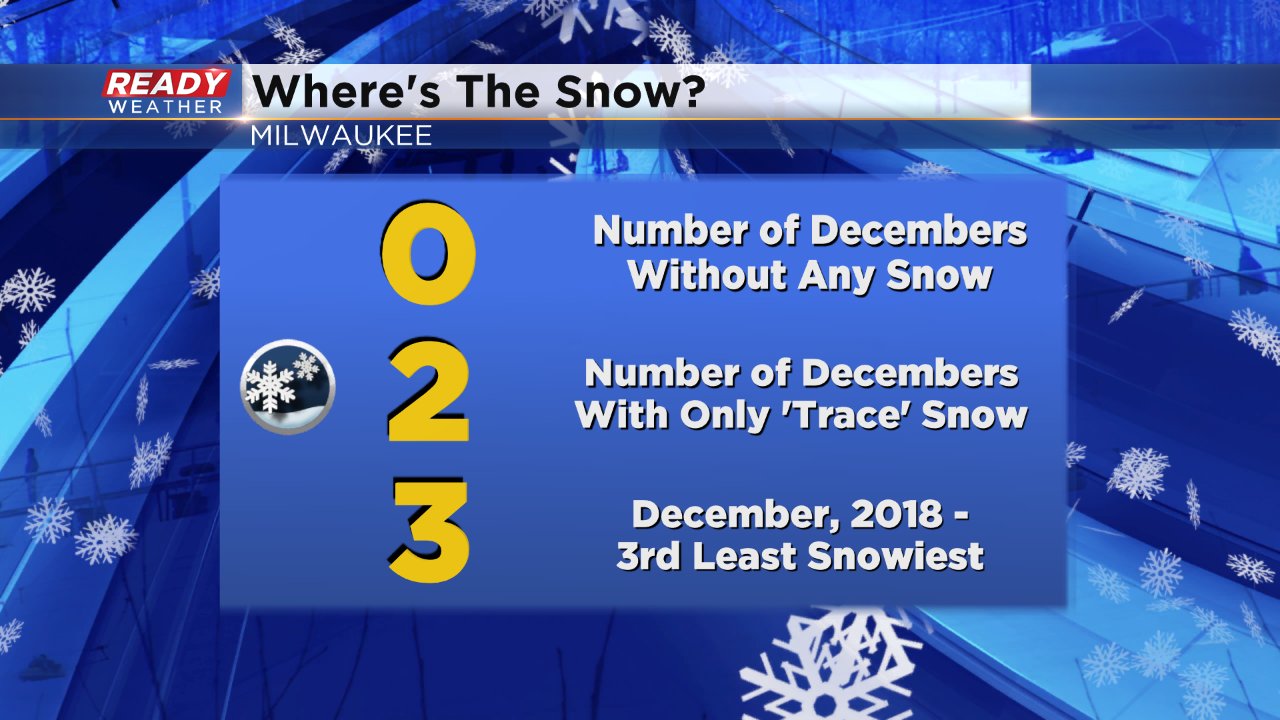 If you had hopes for a White Christmas, you might want to start setting into reality. The chance isn't all gone and there is a chance for snow in the 10-day forecast for December 20, but at this point it doesn't look great. 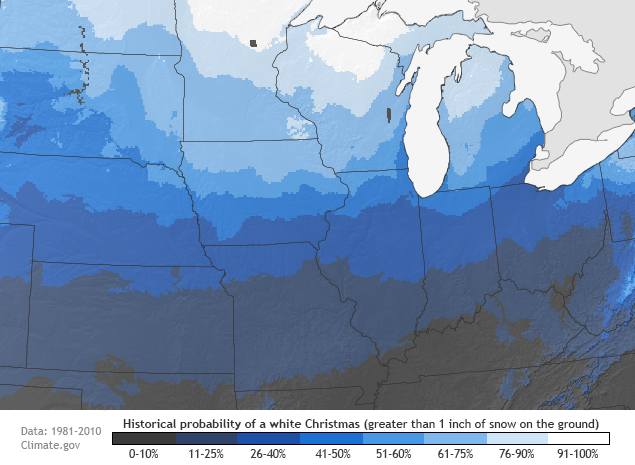