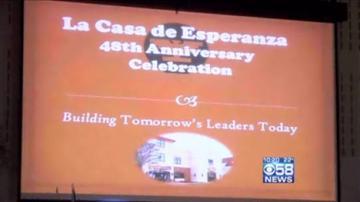 It began as a daycare center in 1966 to help children from solely Spanish speaking families ease into an English speaking environment.

Now, it has expanded to offering programs for all stages of education, employment and housing.

It is something applauded by guest speaker and television personality Rachel Campos-Duffy.

\"That kind of peace of mind is simply priceless,\" Campos-Duffy, who is married to Wisconsin lawmaker Sean Duffy told the crowd, \" and that alone makes La Casa de Esperanza a valuable lifeline for the parents of this community.\"