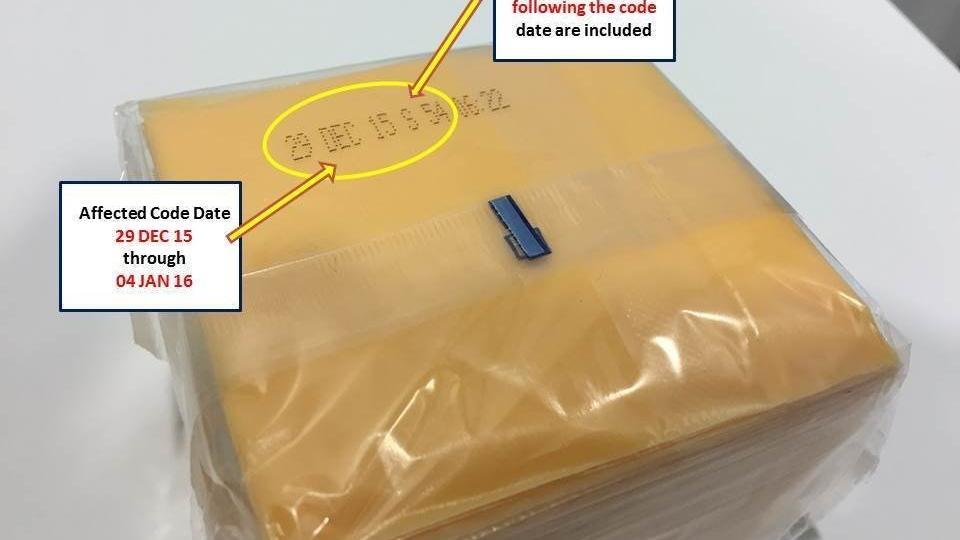 Kraft is recalling 36,000 cases of individually-wrapped cheese singles because part of the wrapper could become a choking hazard.

The recall includes certain three and four pound packages of American and white American slices, Kraft said. Those affected have a \"best when used by\" date between December 29, 2015, and January 4, 2016, followed by the manufacturing code \"S54\" or \"S55.\"

\"A thin strip of the individual packaging film may remain adhered to the slice after the wrapper has been removed,\" Kraft said. \"If the film sticks to the slice and is not removed, it could potentially cause a choking hazard.\"

The company said it has received 10 complaints and three reports of choking.

The affected packages were distributed to the United States, Puerto Rico and Grand Cayman.

Anyone with a package included in the recall should return it to the store for an exchange or a refund, Kraft said.