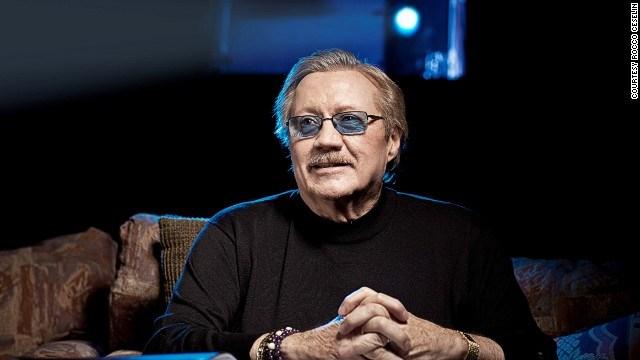 He was the man behind KITT the talking car, Magnum and Starbuck.

Prolific television producer Glen A. Larson passed away on Friday at the age of 77 after a battle with cancer, his son James told CNN.

His entertainment career started in the 1950s, when he was a member of the all-male quartet the Four Preps. He started in television in the 1960s, working on \"The Fugitive,\" \"Alias Smith and Jones\" and \"The Six Million Dollar Man.\"

Larson loved action and science fiction, and \"Battlestar Galactica\" was a concept he considered for about 10 years before it finally hit the air in 1978.

While it only lasted one season, its 2003 reboot was a critical and commercial success.

Larson was also responsible for one of the best-known short-lived series, \"Manimal,\" which was heavily promoted by NBC in 1983 but only lasted eight episodes.

Larson was cited on Twitter as a major influence upon many Hollywood writers and producers.

Among them was Ronald D. Moore, who rebooted \"Battlestar\": \"Goodbye Glen Larson and thank you for creating one of the shows from my childhood that changed my life. May you find your own 13th Colony.\"

Actor Edward James Olmos, who played Commander Adama in the new series, also paid his respects: \"Glen Larson, we thank you for the ride, you are battlestar, we will miss you. See you on the other side.\"

\"Knight Rider\" star David Hasselhoff shared his condolences to Larson's family as well: \"(He) had 7 tv series at one time! Without him there'd be no KITT & Michael.\"