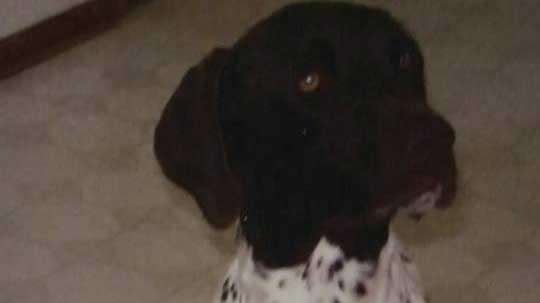 Kiwi, the dog who went missing after an accident, has been reunited with his family and is doing well, according to Germantown Police Department.

Four-year-old Kiwi is a German straight haired pointer. Police said he disappeared on July 30 after he and his owner were involved in a car accident at this intersection Mequon Road and Country Air Drive.

Kiwi got away through a broken window.