Kindergartners asked to tattle on parents who don't vaccinate 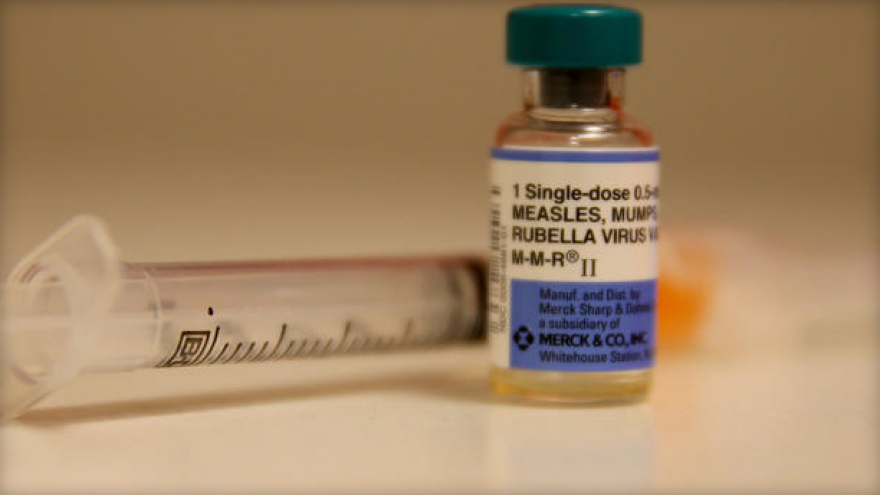 The German government wants kindergartens to inform authorities if parents fail to prove they have attended a doctors' consultation on child vaccinations.

The measure is part of a government effort to improve vaccination rates in the country. These have dropped in recent years, exposing children and adults to potentially dangerous illnesses such as measles.

Authorities already can impose a fine of 2,500 euros ($2,800) on parents who persistently refuse to attend the vaccine consultations, compulsory for children attending kindergarten. But the authorities didn't always know which parents had dodged the consultations.

Parliament will vote on the measure Thursday.

Germany has reported 410 measles cases so far this year, more than in the whole of 2016. A 37-year-old woman died of the disease this month in the western city of Essen.

Worldwide, vaccines have made huge inroads over recent decades – dramatically shrinking the numbers of people affected by potentially deadly diseases such as measles, whooping cough, influenza and polio.

But 1.5 million more deaths could be averted across the globe if more people were immunized, according to the World Health Organization.

Measles is of particular concern.

"It's among the most contagious diseases of humankind. If you're across the gymnasium from someone with measles and they cough, you can get it," Dr. Sean O'Leary, a spokesperson for the American Academy of Pediatrics and an associate professor of pediatric infectious disease at the University of Colorado School of Medicine and Children's Hospital Colorado, recently told CBS News.

Some U.S. states have imposed stricter vaccine requirements for school children after a number of serious outbreaks spread among people who hadn't been vaccinated.

"Before, you could show up at school and sign a form to opt out of vaccines, but now parents have to have a conversation with a family doctor or pediatrician. We've seen vaccination rates going up after that. States who don't require mandated conversations with health professionals for vaccines have lower rates," Dr. Wendy Sue Swanson, a pediatrician in the Seattle area, recently told CBS News.

Nine out of 10 families in the United States follow the American Academy of Pediatrics' vaccine schedule.