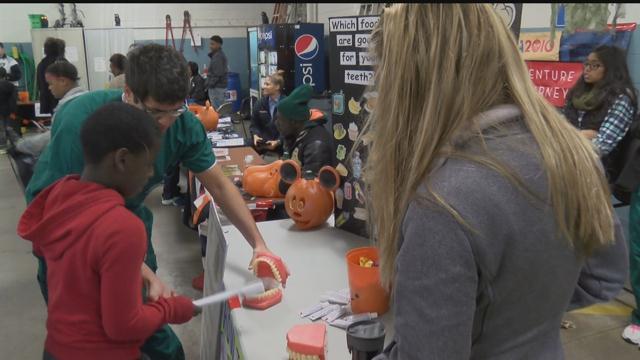 Heroes from comic books mingled side by side with those who wear a badge.

Over the weekend MPD's 7th district was filled with the excitement that only a candy fueled Halloween party can provide.

They call it "Kids, Cops and Costumes" and they host a party so local families can meet officers in a relaxed atmosphere.

"Officers often come into troubled scenes," explained Captain  Jutiki Jackson."Families see officers coming into a chaotic scene. This gives us an opportunity to shake hands, high five, give out candy. Interact in a positive way."

They transformed the holding cells into a mini haunted house.

The creatures certainly did give a scare, but not too much.

Dozens of kids, many in costume, wandered from candy booth to candy booth.

But there was also a dentist on hand showing the kids how to brush after having all their Halloween treats.

The regular feature allows CBS 58 News to devote extra time to the stories that make our community more neighborly and give viewers a complete perspective of the place we call home.