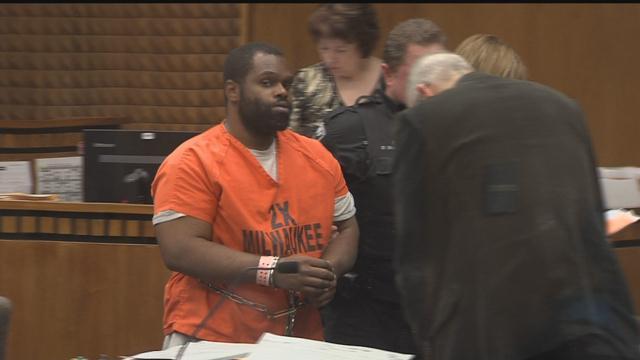 Jumal Lipscomb, the man accused of allegedly kidnapping a 3-year-old in November and taking her on long distance crime spree was in a Milwaukee courtroom on Friday.

Lipscomb was charged with two additional counts of robbery and theft.

He had already been charged with attempted murder, robbery and abduction.

Prosecutors said his crime spree began November 13 attacked an ambulance worker to get away from police who arrested him for drunk driving in Illinois. Investigators said he stabbed his elderly father with a screw driver and then made his way to Milwaukee where he carjacked a woman who begged to get her daughter out of the backseat.

The girl was found unhurt with Lipscomb in Jefferson county.