Keurig for cocktails: Drinkworks home bar rolls out, but it's hard to find 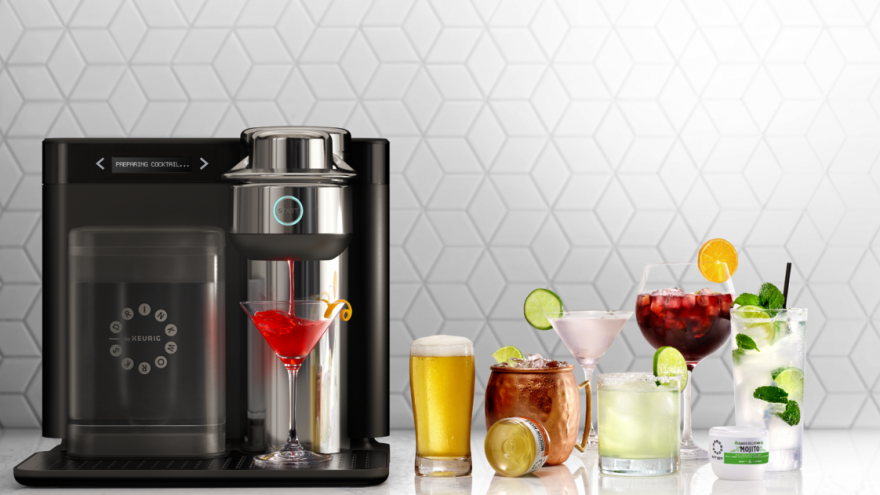 Keurig is turning to a new market for home-brewing: cocktails and beer. The coffee-brewing company is rolling out the Drinkworks home bar with brewing giant AB InBev. The $299 machine can mix up cocktails like mojitos or pour one of AB InBev's beers, such Beck's or Bass.

Yet the product may be tough to find in time for the holidays because the it will be available in November only as a pilot in St. Louis. Consumers in California and Florida can also pre-order the machine. The company said it will roll out the home-bar device to more markets in 2019.

The product works in a similar fashion to Keurig's coffee machines, with consumers popping in a pod for the type of drink they want to consume. The machine will add carbonation for drinks that require fizz, and the machine takes about 30 to 60 seconds to brew or mix the drink, the company said. Adding ice is up to the consumer, however.

The device comes as Keurig is seeking avenues to expand beyond coffee. Its soda-brewing machine, the Keurig Kold, fizzled out after less than a year on the market, after consumers complained about its $370 price tag and disappointing flavors.

While the Drinkworks home bar costs less than the Keurig Kold, consumers still need to buy individual pods, which adds to the price of at-home cocktails. A four-pack of cocktail pods costs $16 and a four-pack of beer pods is $10, according to CNET. Consumers will also need to buy carbon dioxide canisters, which cost $15 for a two-pack. Each one can make 15 drinks.

Many of its ingredients are sourced from suppliers, such as barrel-strength whiskeys from distillers that haven't yet been diluted water, CNET noted. But whether it tastes as good as what a bartender can whip up will be the question on many drinkers' tongues.