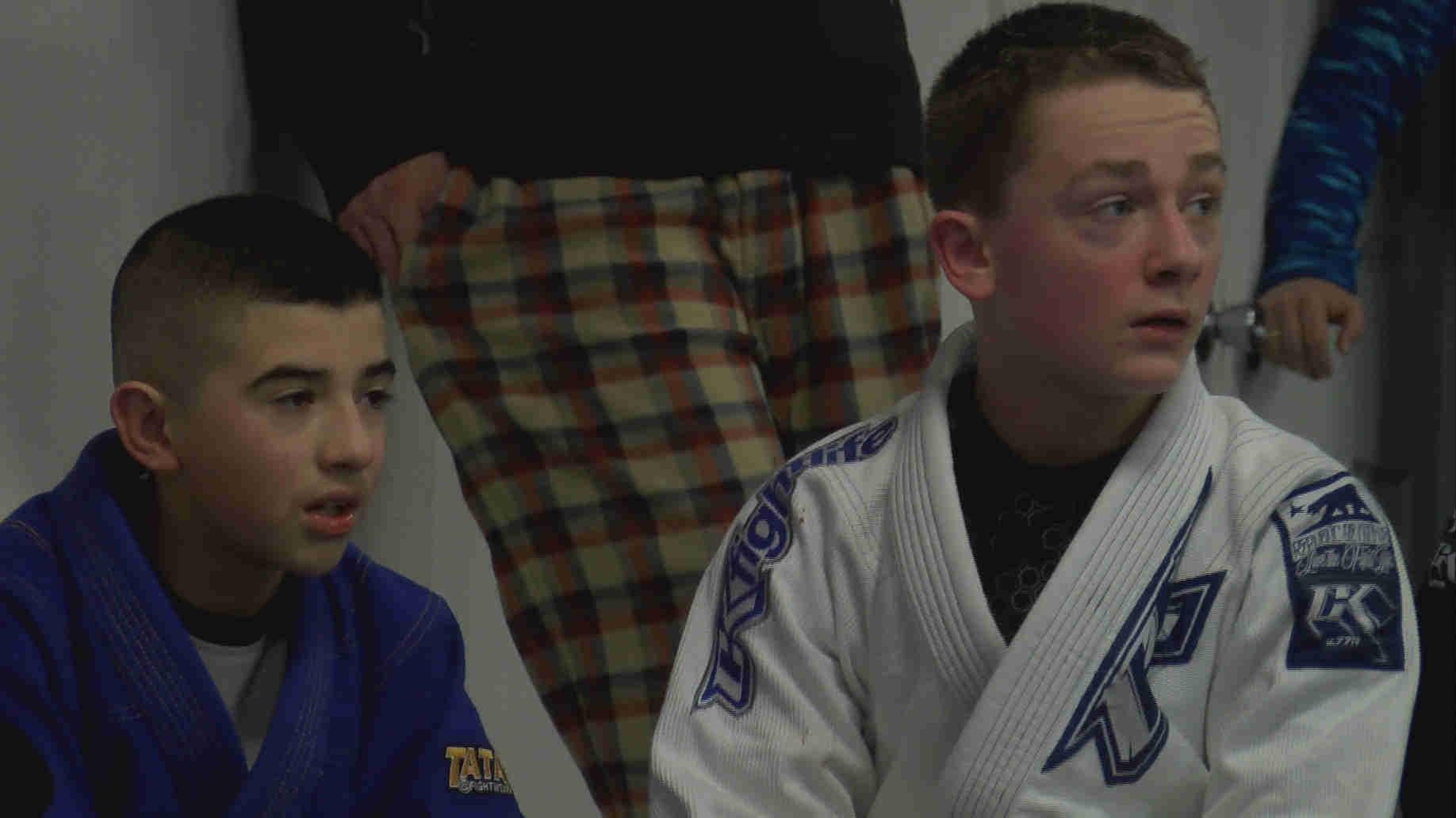 In a hot and humid gym on Kenosha's southwest side, Gilbert Rosales watches as his son become one of the world's best Brazilian jiu-jitsu fighters for his age.

\"The father and son thing on the mats just brings that camaraderie, just that much closer and tighter,\" Rosales said.

13-year-old Sebastian started the martial art, which combines judo, wrestling and choke holds, three years ago. Across the mat, Sebastian's friend and partner, 13-year-old Cole Nelson, holds his own too.

\"I have like the best teammates and coaches that can really prepare me for fighting out there,\" Nelson said.

The teenage duo competed in the Pan Am Kids World Championships in California last year. Sebastian took third for his age and size bracket while Cole took second.

February 15, Cole and Sebastian will aim even higher, returning to the world championships and hoping to take first place.

\"The amount of work, the hours that goes into this, it's almost like they're college students,\" jiu-jitsu professor Dave Rosenmarkle said.

The coach says the teens put in up to ten hours of training every week. He calls the martial art a \"lifestyle change.\"

That includes better eating and sleeping habits, communication skills and learning how to deal with failure -- Although on that last one, Cole and Sebastian hope to do a little teaching of their own.

\"[It's all about] Making new friends and as long as I try my best, my dad's proud of me,\" Sebastian said.

\"[Other coaches tell me] You don't even know when he wins or loses because he's got the same expression,\" Rosales said.  \"That right there makes me a very proud dad.\"