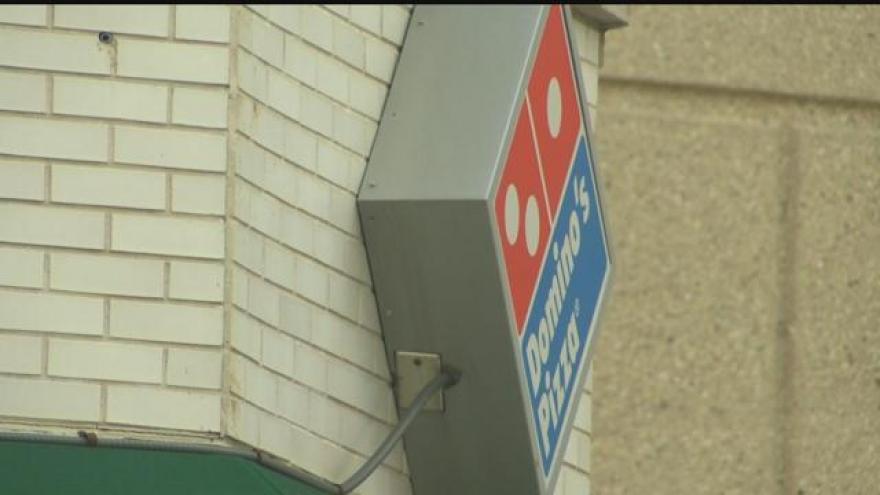 RACINE, Wis. (CBS 58) -- A Kenosha teen has been charged after police say she robbed a Domino's Pizza Delivery man in Racine.

According to the criminal complaint, Racine Police were called to Albert and Carlisle on June 9 for a report of a fight. It was reported that a woman was attacking a Domino's pizza delivery man.

Upon arrival, the Domino's pizza delivery man was chasing a woman and yelling "Stop her, she just robbed me." Officers gave commands for the woman to stop but she continued running. She was eventually arrested and identified as Frierson.

According to the victim, he was told to respond to the alley behind a home. That's when Frierson allegedly approached him from behind his vehicle and asked: "Do you have my pizza?"

The victim grabbed the pizza from the backseat of his car. When he turned to face the front, there was an unidentified man wearing a mask, pointing a rifle through the front windshield at him. The unidentified man told the victim to give him his car keys and cell phone. The victim then threw his car keys out the passenger window. That's when Frierson allegedly took his phone and grabbed the keys.

The victim said he chased down Frierson while shouting for someone to call the police. The victim allegedly grabbed the suspect and demanded she return his keys and phone. A struggle ensued and Frierson allegedly bit the victim's forearm and threw his phone against the side of a home.

The suspect then allegedly told the victim that she was going to say he sexually assaulted her in order to confuse the police.

Frierson then ran to the back of a home. The victim asked a man standing on his porch to call police but he allegedly told him that he didn't want to get involved.

Officers did a walkthrough of the scene and found a sheared off rifle, a pair of gloves, the victim's keys, and the victim's Domino's hat.

The victim suffered an abrasion to his chin and a bite mark to his left arm as a result of this incident.