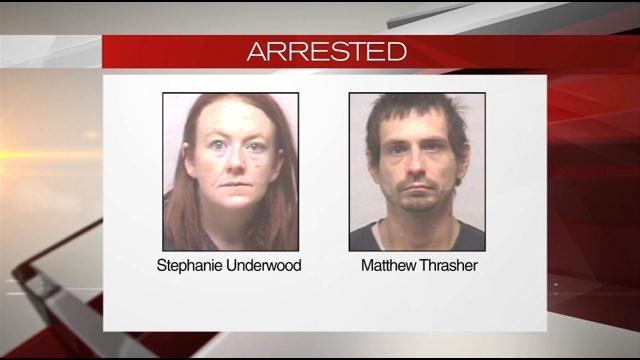 A local shoplifting case eventually led officers to a body of a missing man more than 700-miles away.

Matthew Thrasher and Stephanie Underwood were arrested at a Piggly Wiggly in Kenosha.  Their confession led officers to a stolen car, and eventually a body in Hayden, AL, 30-miles north of Birmingham, AL.

Before their arrest, Kenosha Police connected Thrasher and Underwood to an abandoned car in Kenosha with Alabama license plates.

The complaint says Thrasher told officers the Chrysler Sebring was \"borrowed\" from a friend.

The complaint says Kenosha Police found human blood in the trunk of the car.  The complaint reveals Thrasher and Underwood gave contradictory accounts when asked if they knew Hayes, they eventually admitted they were at the Alabama home where Hayes was beaten to death.

Thrasher admitted he was involved in the beating.

Underwood told police Thrasher helped a friend put Hayes' body in the trunk, Hayes' body was found in a field near a cemetery.  Right now, Thrasher and Underwood face charges for theft and obstructing an officer.  No word on the charges they could face in Alabama.