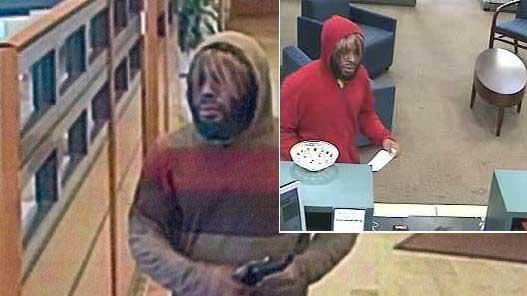 Kenosha Police Department released photos of the man believed to have robbed three banks in 30 minutes on Tuesday.

The suspect should be considered armed and dangerous.

Officers of the Kenosha Police Department responded to Chase Bank, 2901 Washington Road, at 1:56PM for a bank robbery.

The three bank robberies are currently under investigation. It is believed at this time the same suspect committed all three robberies. In each case, the suspect threatened the use of a weapon but did not actually display a weapon. In each incident, U.S. currency was taken.

The suspect is described as a black male. Included are still video images of the robbery suspect.

If anyone has information pertaining to this investigation, they are asked to call the Kenosha Police Department Detective Bureau at 262-605-5203 or Kenosha Area Crime Stoppers at 262-656-7333.