According to Kenosha Police Chief Eric Larsen, 27-year-old Joshua Sylvester -- a probationary officer who was with the department just over one year -- was fired for violating KPD's policies and procedures.

Chief Larsen announced Sylvester committed criminal offenses while he was on duty. 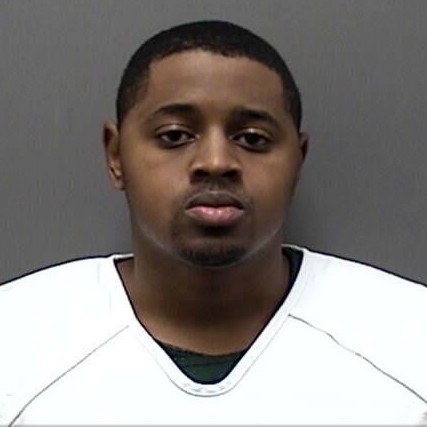 According to a criminal complaint, a 24-year-old woman reported she was sexually assaulted while in custody during an OWI investigation. The victim counted four White Claws and a double shot of vodka before blacking out behind the wheel. The woman reportedly struck a tree on 64th Street in Kenosha. Ring doorbell video from neighbors shows the aftermath when the Honda Civic she was driving collided head-on with the tree.

She was taken to Aurora Hospital where the criminal complaint says Sylvester sexually assaulted her.

The criminal complaint says while the woman was in the hospital, Sylvester also went through her phone, found nude photos of her and sent them to himself.

Investigators say Sylvester's body camera was turned on at the time of the assault. It says the former officer was in the victim's room for over two hours, at times looking out the sidelight window on the door.

Sylvester has been charged with second degree sexual assault by law enforcement officer and misconduct in public office.

Police arrested Sylvester at his home where they found him with his baby in his arms. Sylvester's wife told police she recalls he washed his uniform when he got home after his shift that night.

"She gave a statement with regard to what he had told her about his need to wash those things, and I mean that's an element in terms of potential destruction of evidence, concealing of evidence, things like that," prosecutors said in court.

CBS 58 had the only camera in court Tuesday, Aug. 23, as a court commissioner addressed the charges.

"They represent an egregious breach of the public trust and I understand at this point they're at the allegation stage. Nonetheless, the exposure is great in regards to the charges that are brought," said Commissioner Loren Keating.

Acting on a citizen complaint received last week, Kenosha Police conducted an internal investigation into allegations that Sylvester committed criminal offenses while he was on duty. The results of that investigation were promptly turned over to the Kenosha County Sheriff’s Department with Chief Larsen’s request to conduct a criminal investigation.

The Kenosha Police Department is fully cooperating with the Kenosha County Sheriff’s Department, who is leading the investigation.