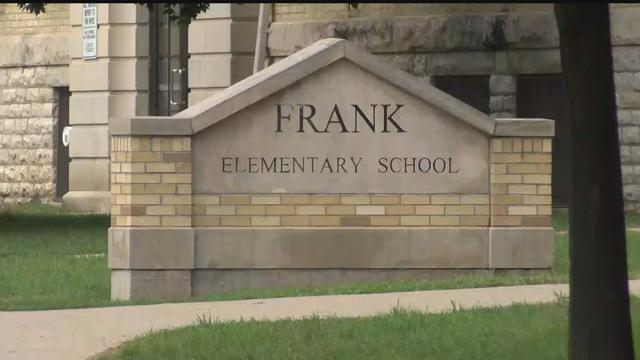 A Kenosha school has requested extra police patrols after a large street fight happened next to their parking lot Tuesday afternoon.

The aggression in the streets involved more that fifty people, some witnesses said. It happened just after staff at Frank Elementary School was letting students out for the day.

On Thursday kids climbed on playground equipment less than a block away from where the so-called fight happened in the street in front of Jim's Food on 18th Avenue.

According to a report by Kenosha police dispatchers received several calls that there were people fighting on the South side of the school. They reported bricks and wood being thrown.

A school employee told police they were preparing to release the children when a woman asked him for protection, according to the police report.

The school employee then heard two females arguing and the words "No one can hit my kid!", according to the police report.

In a statement school officials said they've notified parents about what happened through phonecalls.

It was a concerning message for Hannah Evans who said she is already taking precaution with her children.

"I walk my kids to school everyday," Evans said.

"Who wants their child to get hurt, you know, especially in a situation in that situation where the child don't got nothing to do with anything," Evans said.

No arrests were made related to that fight and police report than no one involved would sign a complaint.