Kenosha mother struggles to regain custody of her children 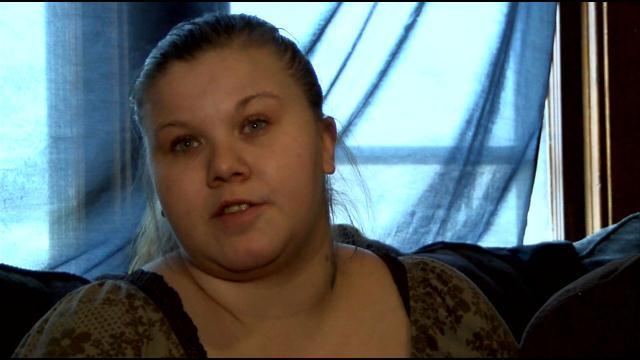 For Andrea Peters and Joseph Bills, it's difficult to see their children's rooms without them in it.

\"It's really hard not to have them. I miss spending time with them, putting them to bed,\" said Peters, who lost temporary custody of her children about a year ago.

The children, who are 6, 4 and 2 years old, are having a difficult time in foster care because they want to be home, according to Peters.

Peters and Joseph, who have been together since 2009, say they are working with the Kenosha County Department of Human Services, a Division of the Department of Children and Family Services (DCFS) to make sure they meet their demands.

The department was concerned about neglect issues. Last year, one of the children started a fire in the home due to the stove burners being left on. Peters also had a drug addiction, but documents show she's now clean.

\"We do make mistakes... but we are doing whatever we can to have a better life for our children,\" said Bills, who was recently incarcerated for a domestic violence incident.

Peters also explained she was recently given a psychological evaluation and that because of it, the department's case workers don't believe she can be alone with the children.

\"It was written in a report that she was mildly retarded. But, she's not retarded... she has a learning disability,\" said Jo Wynn, who has been a homeless advocate for the last 10 years, working with the organization, Walking in my shoes.

Wynn has been helping Peters and Bills to get to the point of reunification. She also wrote a letter to Governor Scott Walker because she believes their case isn't unique.

\"I have reported several incidents in which the social workers were the reason why these children were being delayed in returned home,\" said Wynn.

And while Wynn is trying her best to help, the family feels hopeless. They live with the fear that the state will put the kids up for adoption, if the conditions are not up to their standards.

The family has a court hearing in August. They have set up a web page to help cover the attorney fees. For more information, visit the page here.
Share this article: