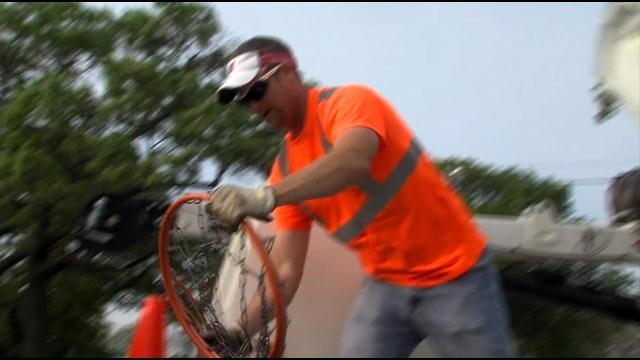 Dozens of fights at Kenosha's Lincoln Park led to basketball hoops being taken down, but today the mayor announced they're going back up this weekend.

The mayor said he's unveiling a plan to stop crime in the park. He says the city came up with a plan to have programming there all summer long.

They said volunteers from area organizations will also be taking shifts in the park to have more presence.

Keith Bosman, the Kenosha Mayor said, \"We have community based organizations that will eat each take a week and oversee activities in the park, they won't be there 24/7 but at least be there to observe the activities.\"

The mayor said there will be an NAACP basketball camp, kite flying, and many other activities in the park.