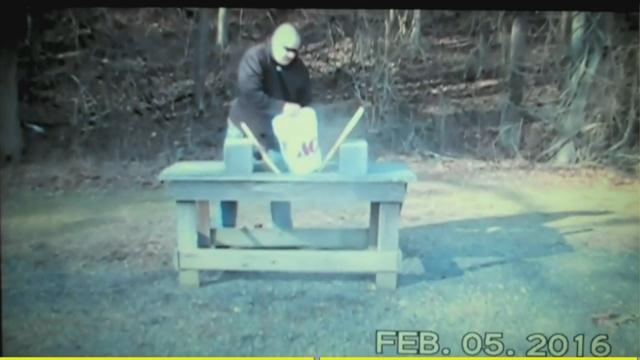 Kenosha man said a video the Kenosha County District Attorney's office used to clear Officer Pablo Torres of a fatal shooting may have been manipulated.

The video shows an expert hired by the DA's office demonstrating how a plastic bucket like the one the victim had could be used to harm an officer.

The report from the state department of criminal investigation said the bucket in the incident was empty.

Michael Bell said, “It's clear the bucket in this demonstration video was not empty.”

Bell's son was shot and killed by a Kenosha Police Officer in 2004.

Ever since he's been working with state lawmakers to change the way officer-involved shootings are investigated.

Bell is now speaking out about the Torres case.

He claims the expert in the video placed concrete powder or sand into the bucket* to break the board.

Bell re-created the video. He's unable to break the board.

"It appears to be manipulated that way it'll produce an outcome for its audience and I was really alarmed by that because this is supposed to be an unbiased review."

CBS 58 contacted the Kenosha County District Attorney's office to get  their take on the video.

We haven't heard back yet.

We will give you an update when we do.