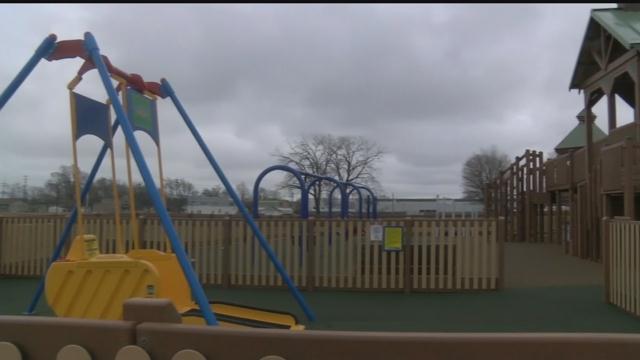 The contractor for the Dream Playground in Kenosha has hired an attorney after safety concerns closed the handicap accessible park. The parks committee says the soonest the park could open would be June but there's nothing set in stone.

Kevin Smith, a parent says, "My kids ask me every single day can we go to the Dream Playground we had so much to do with putting it together raising funds the reality is I have no way to answer."

The head of the parks committee says the playground was shut down after its floor started deteriorating and safety tests proved it was unsafe in a drop test of 6 feet.

G. John Ruffolo, Kenosha Alderman says, "The ground was deemed too hard and could cause a concussion or at worst a brain injury."

City leaders say they're now deciding whether to take legal action, work with the current contractor, or hire a new one. All options are on the table.

Scott Gordon, Parks Committee Chairman says, "The city is working diligently with a contractor to come to a a matter where this playground will get reopened as soon as possible."

The city says they'll give updates to the public here at city hall every Monday evening.