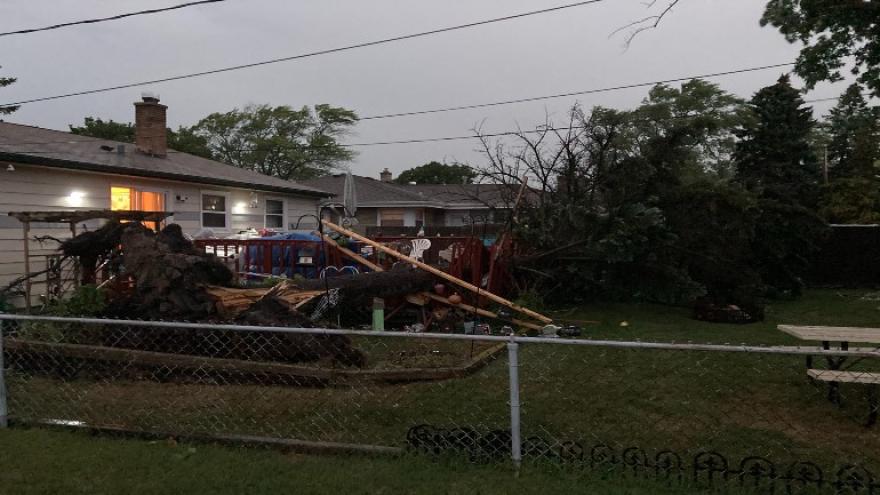 Officials say the calls for service ranged from trees blocking roadways, trees on fire, wires down, and one home struck by lightning. There were no injuries reported.

As of Wednesday morning, there are still 6,383 homes in Kenosha County without power due to the storm.

Officials say the thunderstorm and its high winds damaged numerous trees in the city and resulted in many temporary road closures. The Kenosha Police Department is working with the City of Kenosha Public works Department to clear the roadways and help provide safe travel conditions. Officials are urging people to be aware of their surroundings when outdoors and avoid any downed overhead wires.

Due to a power outage, the Kenosha City Hall will be closed on Wednesday.

Kenosha just barely got clipped by this severe storm south of the border. The wind gusted to about 58 mph in Kenosha. That should do it with our morning round of rain. Severe storms still on track to arrive after 4 PM this afternoon from the NW. #readywx. pic.twitter.com/I7SoudJLy5