Kenosha battles back the snow 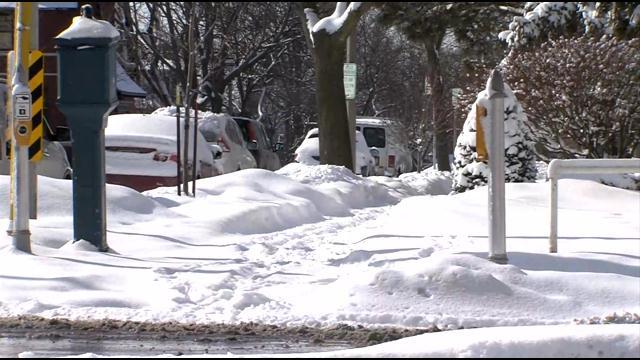 Kenosha had its share of traffic jams and accidents thanks to the snowfall. Kenosha County Sheriff, David Beth says, the snow hit right before 5 in the morning, just in time for the morning commute.

Kenosha Sheriff, David Beth says, \"I think it caught even our highway department a little off guard because it seemed to pile up on our roads right during rush hour.

And the accidents quickly followed. Kenosha's Sheriff said they had 20 spin-outs and several accidents, a few injuries. He says at about 9:30 in the morning they had two cars and a semi get into an accident on the interstate.The accident caused bumper-to-bumper traffic on the southbound lanes of 94 through Kenosha County for a few hours.

In the City of Kenosha Superintendent of Streets John Prijic was also a little surprised.

Prijic says, \"It's a little bit more than we expected but we are as ready as anyone for it.\"

They started salting the roads around 5 in the morning and had all their 42 trucks out by 7 in the morning. The difference with this snow is it went from nothing to complete white over in a matter of twenty minutes.

Prijic says, \"It took most of our fleet to keep up with it.\"

It had many area residents hoping for spring to come, right about, now.