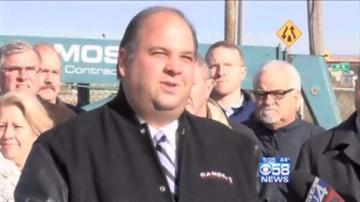 KENOSHA -- There might be a lot of doubt among the Potawatomi and Ho-Chunk tribes over the Menominee's proposed casino.  But there's no hesitation from certain employees in Kenosha that see the project as a chance to get back to work.

His third-generation construction firm would like to keep doing that with the Menominee's proposed casino.

Camosy and other construction industry leaders met Thursday, urging Governor Walker to agree to the proposal.

\"The real test of this project ought not to be if the 11 tribes approve this development,\" Camosy said.  \"It ought to be 'Is it good for Wisconsin, is it good for Kenosha and is it good for the Menominee?'  And I believe the answer is a resounding yes to all three of those questions.\"

Walker says he'll make his decision by Friday.  But to approve, he requires all 11 tribes to consent, something the Potawatomi and Ho-Chunk refuse to do.

\"It'd be almost like having every bill in the Assembly, in the state for every bill to be passed, it needs to be unanimous...  It's not going to happen,\" Lee Plumbing owner Bob Lee said.

Lee isn't so sure the consensus is necessary.  And he's not the only area businessman who agrees.

\"I just think that was a little bit of an error on his part,\" Rasch Construction president Jason Rasch said.  He's had to layoff plenty of employees in the last few years, but this project would put him back on track.

\"This is the kind of project that you would never have to worry about as far as work goes,\" Rasch said.  \"There are a lot of good contractors and it's a big enough job.\"

Local lawmakers remain hopeful Walker will make, what they say is, the right choice.

\"I think there's common ground there,\" Powers Lake Representative Samantha Kerkman said.  \"The consensus aspect, I think you can always find consensus in whatever you do, especially a project this large.\"