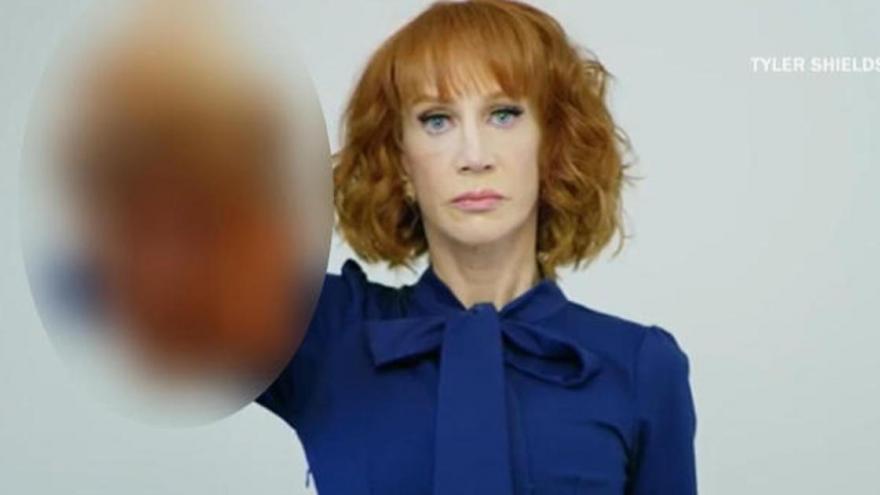 (CBSNews) Kathy Griffin sent shockwaves through the internet when she posed with a "beheaded" President Trump. Hours after the image was released, she apologized and said she went "way too far."

The comedian looks somber in pictures and video that are reminiscent of Islamic State of Iraq and Syria (ISIS) beheading videos and photos. She holds a facsimile of Mr. Trump's detached, bloodied head by the hair.

The photo was taken by Tyler Shields, who is known for controversial art including a photo of Clint Eastwood's daughter burning a $100,000 Hermes handbag.

Within hours, after outrage across the political spectrum, Griffin apologized and deleted the images and the video.

"I am sorry. I went too far. I was wrong," she wrote. In the video, she said, "The image is too disturbing, I understand how it offends people. It wasn't funny. ... I beg for your forgiveness."

"Our politics have become too base, too low & too vulgar, but Kathy Griffin's post descends into an even more repugnant & vile territory," Romney tweeted.

"This is vile and wrong. It is never funny to joke about killing a president," Clinton posted on Twitter.

CNN's Jake Tapper tweeted that he thought the "beheading imagery by Griffin about the president was disgusting and inappropriate." Griffin hosts a New Year's Eve special for CNN.

"I am as anti-trump as they come but this is disgusting & vile. You do not represent liberals or the resistance with this trash," wrote one Twitter user.