'Just die:' 26-year-old Milwaukee man accused of stabbing his own mother to death 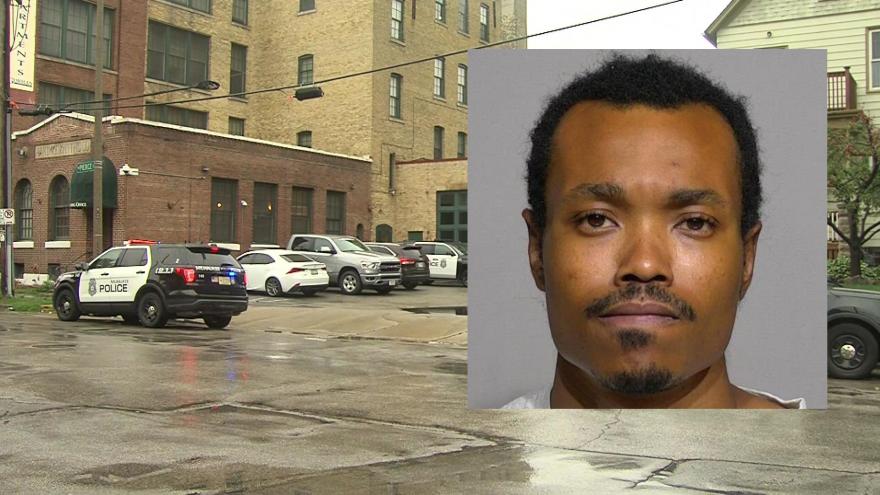 MILWAUKEE (CBS 58) -- A 26-year-old Milwaukee man is accused of stabbing his 62-year-old mother to death inside an apartment building near 21st and Pierce.

Inside the victim's apartment on Monday morning, Sept. 7, Andre Campbell told officials his mother offered him breakfast but he declined. Campbell said his mother then started talking on the phone when he went to the kitchen and retrieved a steak knife.

Campbell stated he walked into the living room and his mother told him to put the knife back. As Campbell's mother approached him, Campbell said he stabbed her three to four times.

According to the criminal complaint, the victim attempted to run out the front door but Campbell pulled her back into the apartment while she yelled, "murderer." Campbell stated his mother was able to disarm him, causing cuts to his hands.

Campbell told officials his mother struck him in the head with a broomstick, and he then retrieved a larger butcher knife from the kitchen and threw it at her, stabbing her twice.

The criminal complaint says as the victim was in a kneeling position Campbell told his mother to, "just die."

Campbell stated after his mother died, he moved her to her bedroom because that's where she is when she wakes up in the morning. He told investigators he wrapped his mother up in blankets from her bed as she was covered in blood, because he was "tired of looking at her."

Campbell told investigators he played reggae music as he cleaned up the blood, and washed the two knives and put them back in a kitchen drawer.

Sept. 8, police were contacted by the victim's daughter -- who lives in New York -- who stated her mother did not show up for work.

Officers went to the woman's apartment and were given access by a building manager. They found Campbell inside. Campbell stated he was in the bedroom talking to his deceased mother when the police showed up. When officers entered the apartment, Campbell raised his hands.

Campbell told investigators he is not crazy, and does not feel remorse for what he did. The criminal complaint says Campbell indicated his family had belittled him and treated him poorly in the past which resulted in him having no friends.

Andre Campbell has been charged with one count of first degree intentional homicide, use of a dangerous weapon. He's due in court on Sept. 17, for a preliminary hearing.