Jury convicts Joseph Jakubowski, man who was on the run following gun thefts 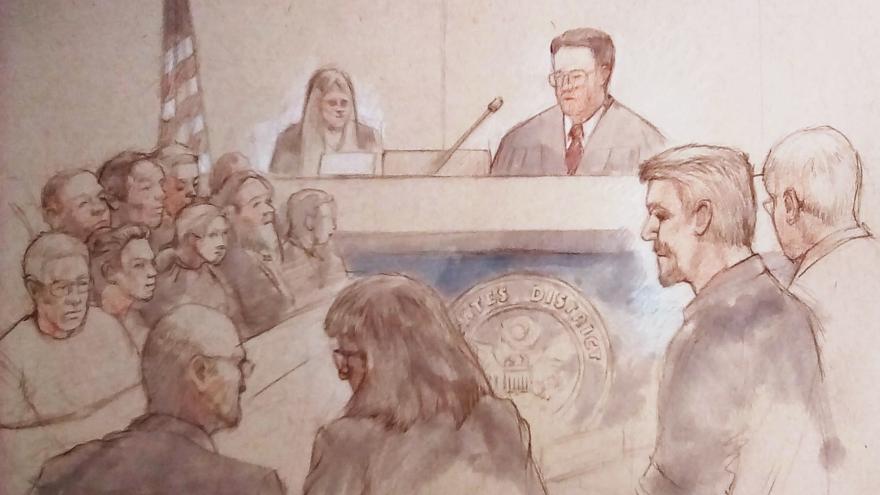 MADISON, Wis. (AP) — A man accused of stealing a cache of firearms from a Wisconsin gun shop and sending a rambling anti-government manifesto to the White House before going on the run was convicted Tuesday on federal weapons charges.

Jurors in U.S. District Court in Madison deliberated about two hours before convicting Joseph Jakubowski on two charges stemming from the April 4 theft, which set off a 10-day manhunt that kept authorities on edge.

Jakubowski, 33, of Janesville, confessed Monday from the witness stand to taking the guns, magazines and bullets from Armageddon Supplies before heading northwest.

Jakubowski was discovered camping by a landowner in rural western Wisconsin, some 130 miles (210 kilometers) away. Five guns and a silencer were found in his tent and federal agents testified they matched the weapons taken from Armageddon Supplies.

Defense attorney Joseph Bugni attempted to convince jurors that although Jakubowski admitted robbing the gun store, technically the charge against him was flawed because it stated firearms had been stolen from a licensed dealer, though the store owner had a manufacturer's license.

In May Jakubowski called Milwaukee station WTMJ-TV from jail and said his plans were to go to North Dakota "to get off the grid, to go into the wild, to disappear." He blamed the media for stoking public fear and said he wanted to be free "of society, the system, government, all of it. It's all I wanted to do."

Judge William Conley quashed any plans Jakubowski had to testify about his anti-government sentiments at his trial by granting a prosecutor's motion to disallow any claimed "necessity" defense.

Investigators said that after Jakubowski broke into the gun shop and stole 18 guns, two silencers and ammunition and mailed the manifesto to President Donald Trump, he burned his vehicle before going on the run. Authorities said the remaining weapons may never be found.

Jakubowski was arrested without incident after retired school counselor Jeffrey Gorn found him in a remote wooded area on his property in rural Vernon County. Gorn calmly talked to him before calling authorities.

The arrest ended fears over when and where Jakubowski could possibly stage an attack.