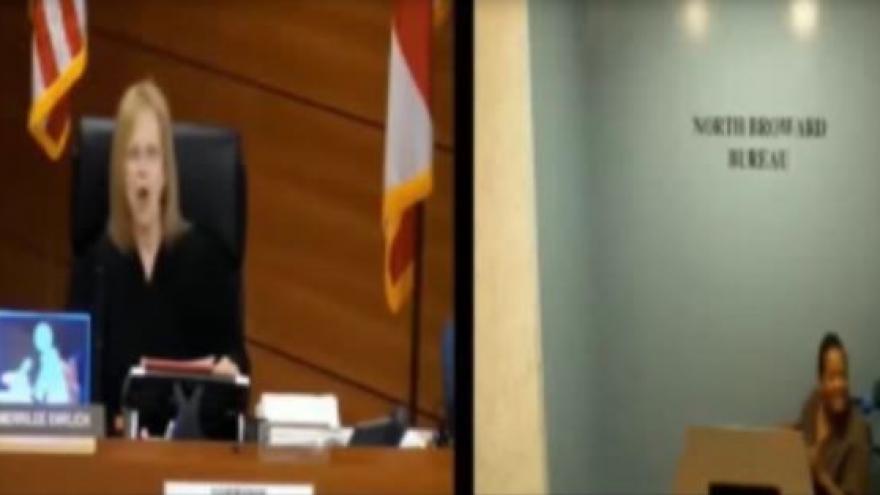 FORT LAUDERDALE, Fla. (CBSNews) -- A Broward judge is facing criticism after a video captured her angry exchange with a frail inmate in a wheelchair who died a few days later. Circuit Court Judge Merrilee Ehrlich was overseeing a court appearance recently when she snapped at 59-year-old inmate Sandra Twiggs as she explained her ailments and breathing treatments.

The judge told Twiggs "I'm not here to talk about your breathing treatment."

The judge repeatedly interrupted Twiggs, telling her to just listen.

She allowed Twiggs to be released without bond for the domestic violence charge, explaining that Twiggs would need to check in with a court office after her release. "You have to arrange for someone to carry you if you cannot get there yourself," Ehrlich said.

The Sun Sentinel reports Twiggs died in her sleep a few days later.

Twiggs' goddaughter, Carolyn Porter said that before her death Twiggs "tried to tell us how they treated her, but she had anxiety, and every time she tried to talk about it, she couldn't breathe."

"When she came home from being in there she was never the same," said Carolyn Porter, Twiggs' goddaughter, CBS Miami reported.

Broward Chief Administrative Judge Jack Tuter said Saturday that Ehrlich will not to return to the courthouse. She was scheduled to retire this summer and had filed her paperwork just a few weeks before the incident.

Tuter said he would contact Twiggs' family to apologize.

"I am saddened and disappointed in the way Judge Ehrlich behaved on the video. Her behavior cannot be condoned," he said.

A telephone message left at Ehrlich's office was not immediately returned Sunday.

Broward Public Defender Howard Finkelstein called it "aggressive and tyrannical behavior and revealed her lack of emotional fitness to sit on the bench."