Judge: My Decision in Stalking Case Had "Most Tragic Result Possible" 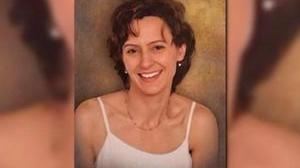 (CBSNews) DEPUTY, Ind. -- An Indiana judge has admitted his decision to deny a warrant request had “the most tragic result possible” after a man accused of stalking his wife allegedly killed her days later, reports the Madison Courier.

Days before the killing, prosecutors had requested a warrant be issued for Anthony Russell’s arrest on felony charges that he stalked the woman and violated a no-contact order, the paper reports. But Jefferson County Superior Court judge Michael Hensley denied the request and instead ordered Anthony Russell to appear in Jefferson Superior Court following a three-day holiday weekend to answer to the charges.

Both Anthony and Laura Russell were dead before the court date.

According to WHAS, police say Anthony Russell violated the protective order several times — waiting for his estranged wife outside a restaurant and her daughter’s school and following her to her gym — and each time Laura Russell reported it to law enforcement.

“I think she tried all the avenues that she could to stay safe,” Jefferson County Sheriff John Wallace told the station.

After public outcry, Hensley issued a statement to the paper explaining that he did not have enough probable cause to issue a warrant.

“I made what I thought to be the correct legal decision,” Hensley said. “Obviously, I made a decision that had the most tragic result possible.”

He said he made the ruling with “full knowledge of the danger of domestic violence situations.”

Hensley said he will now change his procedure to hold a hearing on the same day as the warrant request when he doesn’t find sufficient probable cause. He offered his condolences to the woman’s family.

“I feel horrible about her death and realize the regret I express and information I provide in this statement do not bring her back,” he wrote.