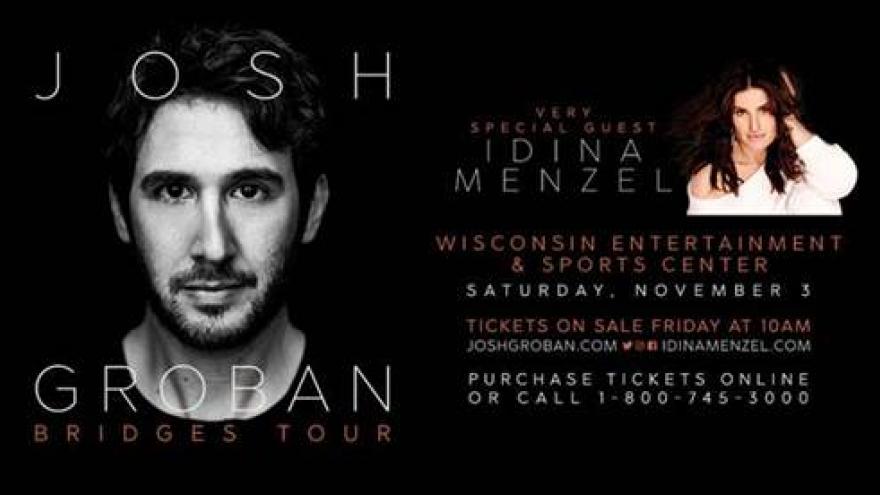 MILWAUKEE (CBS 58) -- Josh Groban is the latest act slated to perform at the new Bucks arena.

The singer and actor will perform on Saturday, November 3 during his Bridges Tour with very special guest Idina Menzel. Menzel won a Tony award for her performance as Elphaba in Wicked and is also known for voicing the character of Elsa in Disney's Frozen.

Tickets for the show will go on sale Friday, March 16 at 10 a.m. They can be purchased by clicking here.

The Bridges Tour is Groban’s first tour since his sold-out Stages Tour in 2015-16 and will hit over 16 cities around the country, in addition to Milwaukee. Groban is currently in New York filming the new Netflix series, The Good Cop, where he plays the lead opposite Tony Danza. He is also working on his eighth studio album to be released later in 2018. On Valentine’s Day, Groban gave fans a taste of his new song Symphony, from the forthcoming album.