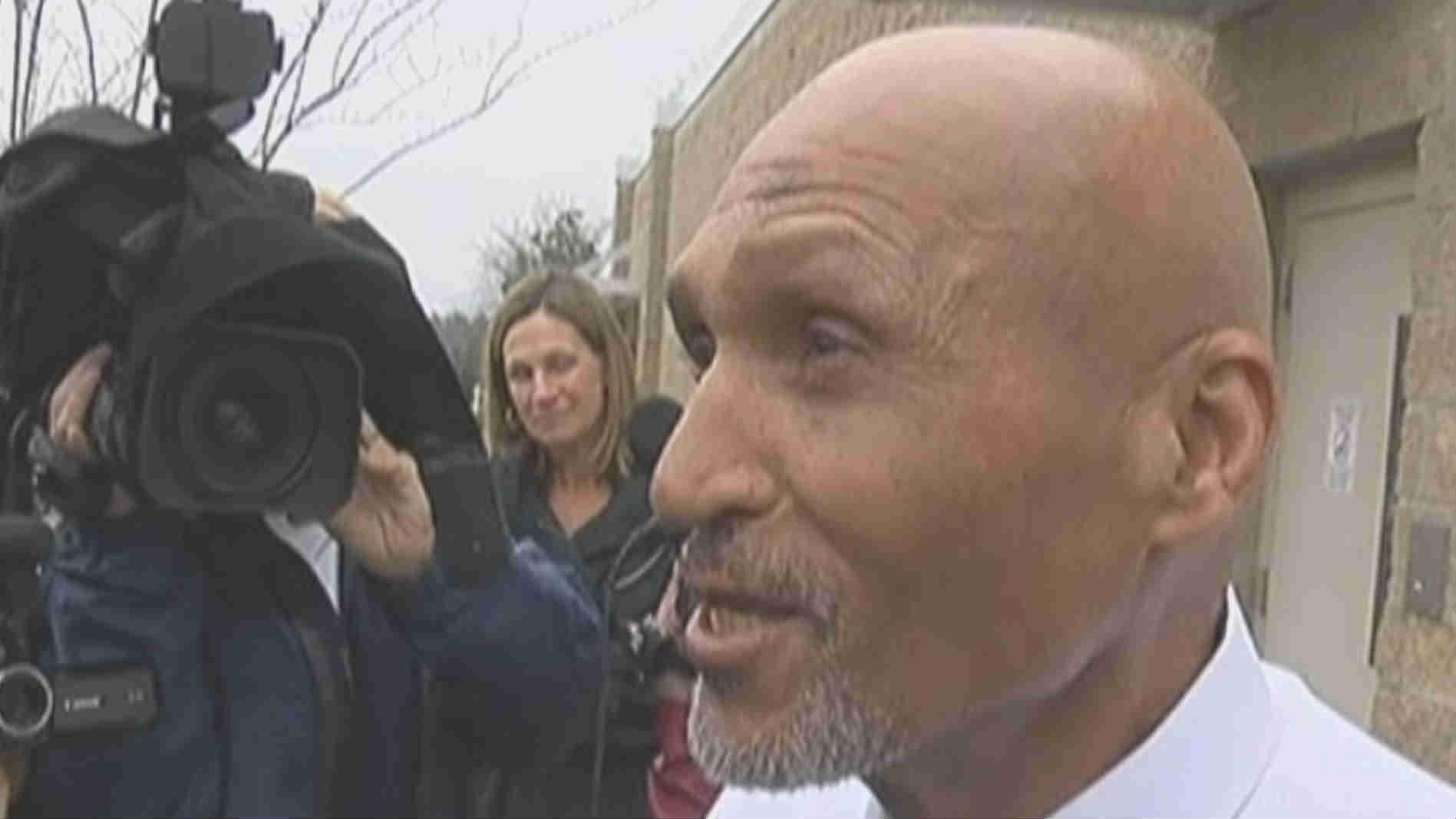 (CNN)A man who spent more than half his life in a North Carolina prison for two murders he didn't commit walked out a free man Friday, holding his belongings in two white plastic bags.

Joseph Sledge, who was wrongfully convicted in 1978, said he feels wonderful about his freedom. He is now 70-years old.

Sledge was exonerated by a three-judge panel who reviewed post-conviction DNA evidence from the victims. The panel said that evidence excluded Sledge as a suspect. A witness who testified that Sledge had admitted to the murders recanted his testimony in 2013.

Josephine Davis and her daughter Aileen Davis were discovered in September 1976 inside their home in Elizabethtown, North Carolina. The women had been beaten and stabbed multiple times; Aileen Davis had been sexually assaulted.

The day before the women's bodies were found, Sledge had escaped from White Lake Prison Camp, approximately 4 miles from the victims' home. He had been serving a four-year sentence for larceny.

Sledge was picked up after he was spotted in Dillon, South Carolina, driving a stolen car, arrested and brought back to North Carolina, where he was charged with two counts of first-degree murder in the deaths of the Davises.

At trial, the state presented forensic evidence linking Sledge to the crime. Two inmates also testified against Sledge, saying he had admitted to the crimes behind bars. He was convicted and sentence to life in prison.

During the more than three decades Sledge was in prison, he maintained his innocence, filing numerous post-conviction motions on various grounds. All were denied without hearing.

In 2003, however, his request for new DNA testing was granted; testing began five years later.

Speaking to reporters outside the Columbus County jail, Sledge said, \"When you're conscious of something you didn't do, you can live with yourself. It's between you and your maker.\"

The family of Josephine and Aileen Davis expressed their disapproval with the panel's decision.

Catherine Brown, Josephine Davis' granddaughter, reading from a prepared statement, said, \"We, the family, are heartbroken by this decision.\"

Sledge, who was wrongly incarcerated for 37 years, addressed the Davis family directly, saying, \"I'm very, very sorry for your loss. I hope you get closure in this matter.\"

The commission, which began operating in 2007, is the first of its kind in the country, and is separate from the appeals process, according to the organization's website. A person exonerated by the commission process is declared innocent and cannot be retried for the same crime.