Johnson Creek tactical situation ends with one arrest and no injuries 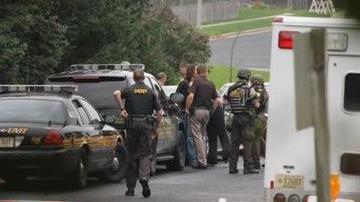 A Jefferson County sheriff's deputy told CBS 58, law enforcement was unable to contact the suspect. They went to he man's home, and he eventually exited his home. The man is now in police custody.

The Johnson Creek School District locked down their schools during the tactical situation.