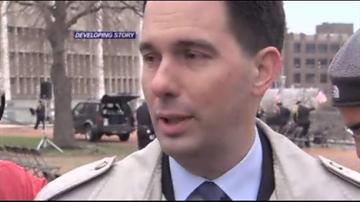 MILWAUKEE-CBS 58 News is following new developments in the John Doe probe into possible illegal campaign activities during the recall election in Wisconsin.

The 7th circuit court of appeals in Chicago has now placed Tuesday's controversial ruling by Judge Rudolph Randa on hold.

It means the investigation may not be over after all.

For some time now, prosecutors have been looking into possible illegal coordination between the Governor's campaign and a number of conservative groups in the state.

On Tuesday, Judge Randa pulled the plug on the investigation and ordered all evidence destroyed.

Now, prosecutors then filed an emergency appeal and within hours, Judge Randa's ruling was place on hold.

An earlier John Doe led to criminal charges against 6 Walker aides and associates when he was County Executive.

They included his former deputy chief of staff Kelly Rindfleicsh who plead guilty to doing campaign work on public time.