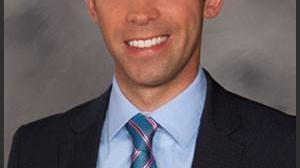 John Cuoco is an Emmy award winning reporter who joined the CBS 58 news team in May of 2011. He is working as a one-man-band reporter, meaning he shoots, writes and edits all of his own stories.

Before coming to Wisconsin, John worked for News Channel 25 in Waco, TX and ABC 40 News in Bryan/College Station, TX.

He is a native of Boston and graduated from the University of Rhode Island with a degree in Journalism in May of 2008.

In college, John worked for the upstart URI-TV where he was a reporter/anchor/photographer. He also interned at WHDH, working in the sports department.

John was a NCAA Division 1 runner at URI, he ran cross-country and Track and Field.

He is happy to call Milwaukee his home and loves the downtown area.

In his free time John still likes to run and workout. He also plays and writes music.

If you want to drop John a story idea, e-mail him at jcuoco@cbs58.com