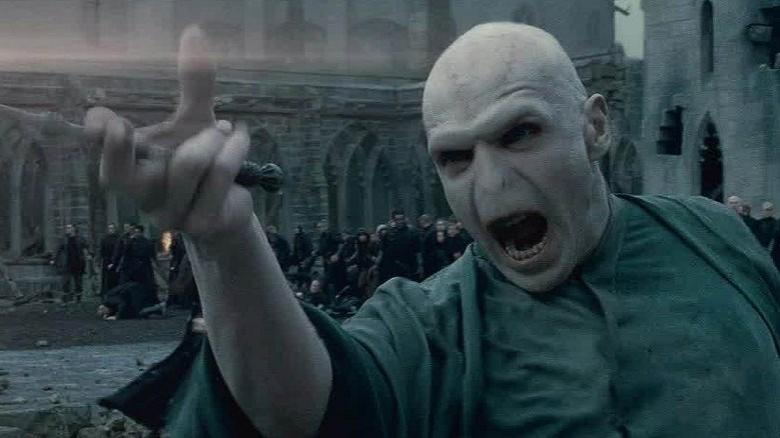 (CNN)Donald Trump, who stood by his call for "a total and complete shutdown of Muslims entering the United States" Tuesday on CNN's "New Day," is facing a firestorm from Democrats, Muslim Americans and a wide range of Republicans — from Dick Cheney to Marco Rubio.

But one of Trump's latest critics, "Harry Potter" author J.K. Rowling, may have some of the harshest words yet for the Republican front-runner's controversial policy proposal.

How horrible. Voldemort was nowhere near as bad. https://t.co/hFO0XmOpPH

"How horrible," tweeted Rowling, along with a BBC report on Trump's call to ban Muslims. "Voldemort was nowhere near as bad," she added.

And fans of the fantasy novels know just how serious a comparison to the "Dark Lord" is.

Voldemort, who is is the central villain in the series, is a "half-blood," which is a term used to describe a person who is half-wizard and half "muggle" or non-wizard. He is considered to be the most powerful "Dark Wizard" of all time and his mission is to purify the wizarding race from "muggles."

Rowling, who is no stranger to political commentary, received a wave of support from "Harry Potter" fans around the world, calling her "queen."

Meanwhile, Trump says his call for a ban is only "temporary" until "the country's representatives can figure out what's going on."